General Director of Automotive Industries and the Ministry of Industry, declared;

Removing some price ranges from the car market

Asre khodro- With the announcement of new car standards, a countdown has been started to stop the production of some passenger cars, pickups and loading trucks. 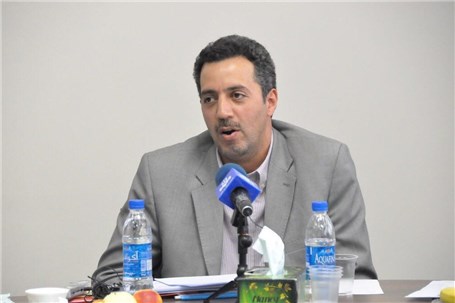 Reporting "Asre kkhodro", the announcement of the 25 domestic automobile production vehicles, including 15 rides by the National Organization for Standardization and Industrial Research, which were unable to comply with the 61 Standards by the schedule of this organization, and by the increasing of these standards to the next summer , and eventually required the implementation of all 85 mandatory new standards By the end of the next year, caused various reactions of automakers, experts and market participants to this resolution.

While some of the implementation of these standards is considered to be a factor in improving the quality and safety of localized production vehicles, some market participants are concerned about the excessive price increase of cars produced in accordance with these standards, the removal of low and middle class  from the market and the imposition of pressure and costs The implementation, criticizes the pocket of domestic vehicle customers.

. In the first part of the interview with Amir Hossein Ghannati, the Director of Automobile Industries and the Ministry of Industry, we raised the tensions arising from the introduction of new tariffs for car imports on the market and importers of foreign cars.

In the second part of this discussion, we put forward some of the challenges of implementing new standards and its impact on the quality, pricing and status of automotive companies.

The announcement the names of some domestic cars that will cease to be produced in the second phase of compulsory standards by the end of this month has faced different reactions from automakers, while some stopped the production of these cars,the others pretend of being unaware And continued to produce these cars with permits received until the end of January 97, what is the cause?
that is not true, and some car models that automakers have been reporting on continued production are not subject to a new directive to stop production. Clearly, any car model that the National Organization for Standardization and Industrial Research of Iran which dose not meet the new standards, will stop its production.
With this condition, should the production and supply of Pride-131 dual-burners be stopped?
Yes, when a car is not produced, it does not make sense to market it. Fortunately, since these conditions have been harmonized by the National Organization for Standardization and Industrial Research of Iran and the automotive industry more than a year ago, car makers have been in the process. Products that can not meet the new mandatory standards will cease production from the beginning of January.
In that case, is there a pssibility of re-production of cars that are prevented from complying with new standards for their production?
This is possible if the standard conditions for such vehicles are met, and without such a condition, no car will be issued. These standards are so rigorous that it may not be possible to continue producing some cars for automotive companies.
The Hyundai I-10 is one of the cars on the Standard Obstacle,  what is the reason for stopping the production of this car?
The reason for stopping the production of the Hyundai I-10 is that Kerman Motor did not seek approval for this type of vehicle, and has been determined to delay it at another time. This is in the automotive domain,
But some car makers even remarked that they did not know about these standards, why is that so?
That's not the case. Approvals of the National Standardization Organization have been announced since 6 months ago and are reflected in the large-scale publication of newspapers. In addition, the National Standardized Organization has published the Standard by the Supreme Council.
Are cars that stop production, but already manufactured or imported into the country, will be able to number and market?

Vehicles that will be produced from the just over a month ago, should be able to pass all of the standard 85 mandatory. It does not matter whether imported cars or cars that have already received production licenses.
But the head of the Association of Automobile Manufacturers has considered some of the new mandatory standards to be rigorous and emphasizes that such standards do not apply to any existing domestic production, will all these cars be stopped by enforcing all mandatory standards?
Finally, these are executive standards that are approved by the car policy council, and any vehicle that can not meet these standards should be excluded from the category. Nevertheless, we also believe that the infrastructure of some of these standards is not being implemented in the community and that is correct. But these are so exceptional cases that we should find in a meeting with the National Organization for  Industrial Research of Iran to solve this problem.