Asre Khodro - French automakers are using their leverage in Iran in the absence of several competitors. This has been made possible with other car companies remaining fearful of the so-called ‘snap-back’ Trump sanctions. 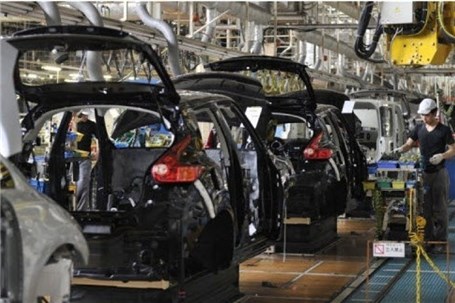 Repirting "Asre Khodro", PSA Group, maker of Peugeot, Citroen and DS brands, have pushed hard into the growing market since the nuclear deal with world powers in 2015 which saw the easing of international sanctions.

PSA’s deal with the two biggest automakers, SAIPA and Iran Khodro Group is worth around $768 million, according to Reuters’ estimates. PSA’s biggest competitor  Renault, has pushed ahead with its takeover of a local production plant south of Tehran to  start production of low-cost models like the Sandero and most likely, the Indian-derived Kwid model.

Renault looks to further expand its market share by producing up to 400,000 units in the next fiscal year that starts in March 2018.

German companies, unlike their French counterparts have struggled to play catch up. They face added restrictions due to the US Treasury Department sanctions limiting economic interaction with Iran.

Germany’s Volkswagen for example has been cool on promoting its new relationship with Mammut Khodro, a new subsidiary of Iran’s industrial machinery Mammut Group.

Financial Tribune’s calls to Mammut Khodro confirmed that they are not allowed to discuss the matter with the media.

However, despite the potential restrictions, the Germans are slowly putting their relationship in order. Sub-brands of VW like Skoda and SEAT are tentatively connecting with Iranian firms, as seen in the SEAT’s “coming soon” sign on a new dealership in northern Tehran.

BMW, unofficially represented by Persia Khodro in Iran, has “cooled down” despite the latter redeveloping its range of showrooms across the capital to mimic BMW’s design language from elsewhere.

Persia Khodro has recently taken down the BMW signage off its new flagship showroom on south Shariati Street in Tehran in line with the government’s decree that they are unofficial until deemed otherwise.

Unnamed industry sources also told Reuters about this German hesitancy. “We’re well aware of the market potential in Iran but we can’t afford to take any risks,” said a source close to VW, earlier this week.

A German-based BMW spokesman noted the company’s future entry into Iran “will depend on political and economic developments,” adding, “There are currently no concrete plans.”

‘First move advantage’ is a key part of the French automotive companies’ plans when coming to Iran. This idea is backed by the latest figures for the first month of the Iranian year, (started March 21),  that car companies who invest in production plants are benefitting from larger sales due to the lower price points.

Automotive industry output has seen a 20% year-on-year jump in the first month of the new fiscal year.

Local firms produced 68,074 cars, vans, buses and other commercial vehicles during the month, 11,398 units more than in the same period the previous year.

Pars Khodro, a subsidiary of SAIPA, which makes Renault’s Sandero and Sandero Stepway, produced 9,595 cars in the first month, registering a 45.3% growth y/y.

One dealer, Kourosh Aria, says interest in new and nearly new cars, has “sky rocketed” thanks in part to loans now available for cars. “Long term payment plans by banks and car companies alike are helping the industry thrive.”

The launch of the Peugeot 2008 crossover model is proof that deals can be done under the current Rouhani administration’s ambitious plans to boost the industry.

For PSA’s other brand, Citroen, that firm has recently taken over the ownership of SAIPA Kashan. On April 16, ISNA reported that the company had officially renamed itself SAIPA Citroen, with the first model, the Citroen C4, to be rolled out of the factory in the next few months.

The French firm’s real concern, however, is not German firms but Chinese; in the past year Chery announced it was to create a new robotic production line in Bam in Kerman Province, with production likely to exceed 150,000 vehicles a year.

JAC and Lifan too are also not budging from their foothold created during sanctions when the French were forced out of the country by additional EU sanctions placed on Tehran.

The Chinese advantage during the sanctions, is, however, beginning to ebb. Knowing that the French are taking them on at the low end of the market, they have fought back by offering payment schemes of at least two years.

Moreover, Iran is now one of China’s biggest markets for car sales and the hefty profits made from those vehicles produced inside the country is only going to make the competition between the French and the Chinese ever greater.