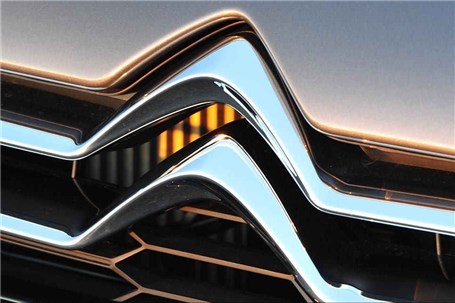 Reporting "Asre Khodro", Iranian automakers have long focused on boosting the quality and capacity of auto parts manufacturing, instead of relying on foreign producers. This was strengthened during successive years of western sanctions imposed on the country, with the government increasing support for local parts makers as of 2013.

Iran’s Minister of Industries, Mining and Trade Mohammed Reza Nematzadeh recently told British magazine Just Auto that a minimum automotive content would start at 40%, but the goal is to raise this across the industry to an eventual 80%.

The move has been welcomed by observers with knowledge of SAIPA, which only last week concluded a production deal with Citroen to produce several new vehicles in Iran.

According to the source, Pars Khodro, a subsidiary of SAIPA, is capable of producing parts and has been doing so for the parent company for several years.

“We have evaluated and accredited our parts makers. Right now they [Citroen] have assured 40% of cars can be produced with high quality and probably they are evaluating more parts makers to increase localization,” the source said.

The 50/50 SAIPA-Citroen joint venture will cover the entire value chain, from the design stage through to vehicle marketing. Manufacturing will take place at the Kashan plant in Iran, which will be 50% owned by the PSA Group.

The JV will invest more than €300 million ($329 million) in manufacturing and R&D during the next five years, with the agreement reinforced by technology transfers and a significant level of local content. It will take effect after the signing of the final agreement scheduled for late 2016.

The first Citroen vehicle is expected to roll from Pars Khodro’s Kashan plant in 2018.

It appears that the French side is largely financing the deal that will use SAIPA’s plant and workforce, while Citroen will bring its automotive expertise to bear with the new products.

“After the Islamic Revolution in Iran, there has been a very good relationship between SAIPA and Citroen. We have produced several cars from Citroen,” the SAIPA source said.

“Citroen would not let us produce any of their models unless they were confident of the product’s quality.”

With its three world-renowned brands, namely Peugeot, Citroen and DS, the PSA Group sold 3 million vehicles worldwide in 2015. The second largest carmaker in Europe, PSA Group, recorded sales and revenues of €54 billion in 2015.

The group confirmed its European leadership in terms of controlling carbon dioxide emissions to an average of 104.4 grams of carbon dioxide/km in 2015.

Founded in 1966, SAIPA is the second-largest car manufacturer in the Middle East and North Africa, and one of the 20 largest automakers worldwide. With a 40% market share in Iran, the company exports its products to 21 countries, leveraging manufacturing facilities across the four continents.