Asre Khodro: Iranian Minister of Economic Affairs and Finance called on the giant automaker Toyota and other Japanese auto manufacturing companies to invest in Iran as much as their French rivals, including Peugeot-Citroen and Renault, which are returning to the Iranian post-sanctions market. 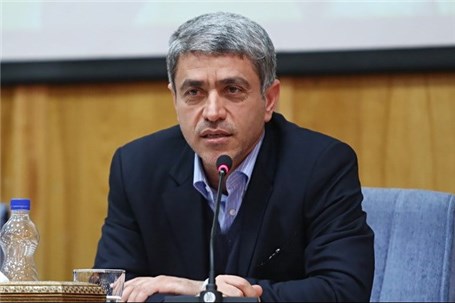 Reporting "Asre Khodro", Minister of Economic Affairs and Finance Ali Tayyebnia discussed opportunities for foreign investment in Iran and the government's economic plan in a Thursday interview with Japan’s The Nikkei.

Iran offers significant opportunities for automakers, with a market of more than 70 million people. It can also serve as an export base to neighboring countries in Central Asia and other areas, Tayyebnia said.

He called on Toyota Motor and other Japanese automakers to actively invest in Iran and transfer their technology.

Tayyebnia said he wants to see Japanese automakers invest in Iran as much as or more than their French rivals.

French automakers are rushing to strike major deals, with Peugeot planning to form a 50-50 joint production venture with the Iranian automaker Iran Khodro.

Renault is expected to forge a similar alliance with SAIPA, another Iranian carmaker, "maybe within this month," Tayyebnia said.

Elsewhere in the interview, Tayyebnia referred to the steep decline in oil prices that has clouded the near-term economic prospects of Iran, noting, however, that the lifting of anti-Iran economic sanctions should help the Iranian economy.

Iran is hoping to achieve inflation-adjusted growth of 8% in its gross domestic product this year. Many analysts estimate the growth rate will be around 6%, he added.

Iran is now drawing up its sixth five-year economic plan, which will begin this year. Tayyebnia said the Islamic Republic is placing priority on petrochemicals, electricity, water resources, autos and tourism. It is looking for overseas investment and cooperation in these areas.

The lifting of sanctions last month will allow Iran to increase its oil exports by 1 million barrels a day, Tayyebnia said.

The country is considering raising its output by 500,000 barrels a day in the first half of this year, and another 500,000 barrels later, while monitoring developments in the oil market.

The minister said the Iranian government will promote public-private partnerships with foreign companies in the power-generation industry.

Iran will "generate and sell electricity to markets, including neighboring countries," by drawing on domestic and foreign investment, he said.

Tayyebnia noted that Iran is suffering from chronic water shortages, and is seeking Japanese investment and assistance in water purification projects in the Persian Gulf and in irrigation.

The remarks came against the backdrop of a new wave of interest in ties with Iran after Tehran and world powers on July 14, 2015 finalized a comprehensive deal on Tehran's nuclear program and implemented it on January 16.

The agreement terminated all nuclear-related sanctions imposed on Iran after coming into force.