Asre khodro-South Africa’s Department of Trade and Industry and its Iranian counterpart will host the South Africa-Iran Business Forum at the Department of International Relations and Cooperation in Pretoria on Oct. 23, 2017. 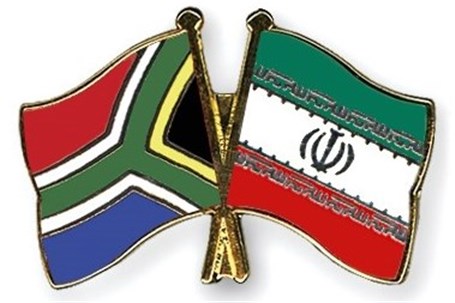 Reporting "Asre Khodro", the forum will be held on the sidelines of the joint commission co-chaired by the Minister of International Relations and Cooperation Maite Nkoana-Mashabane and her Iranian counterpart, Mohammad Javad Zarif, CNBC Africa reported.

According to South African Minister of Trade and Industry Rob Davies, the business forum will address among other issues trade, investment, economic development and industry-related issues.

“The Middle East features as a pivotal trade and investment partner for South Africa and Iran in particular offers vast trade and investment opportunities for South African businesses. Iran is the second largest economy in the Middle East region in terms of gross domestic product totaling $438 billion in 2016 and the largest market in terms of population (80 million people). It ranks second in the world in terms of natural gas reserves and fourth in proven crude oil reserves,” Davies said.

Davies added that the visit also affords South African firms an opportunity to network with key decision-makers from Iran, captivating on prospects and gains presented in both sides. He says the visit by Zarif aims to build on the commitments made during the visit by President Jacob Zuma to Iran in 2016 and reinforce discussions held by senior officials on July 18, 2017.

The Iranian delegation will comprise business representatives from the automotive, agriculture, agro-processing, mining, energy, pharmaceuticals and, oil and gas.