Asre Khodro - There is an overall “geographical dispersion” in the automotive industry, but the distance between Iranian automakers and parts suppliers raises the question whether the distribution is logical or not, says a recent report by the Ministry of Industries, Mining and Trade. 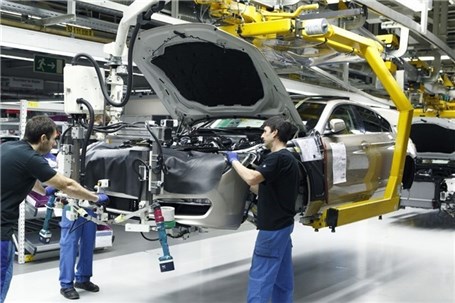 Reporting "Asre Khodro", The ministry’s report of the auto industry, as part of the second edition of its Strategic Plan, reveals that the automakers are located in 5 provinces namely, Tehran, Khorasan, Kerman, West Azarbaijan and Isfahan.

This is while the main auto-part makers and suppliers are in West Azarbaijan, Semnan, Kermanshah, Lorestan and Mazandaran provinces.

Therefore, the distance between the manufacturer and supplier does not seem to be cost efficient as the automakers mostly located in central and eastern regions have “to bear the burden of high transportation costs to meet their needs.”

The auto industry -- a key economic player in the economy – is plagued with years of inertia, and its revival demands huge logistical reformation.

Eliminating or at least minimizing the distance and creating a more centralized system should help reduce costs.

However, the overall dispersion could be positive for automakers only if the industry follows a logistically practical plan.

Setting up branches in different parts of country may help automakers spend less money and toil delivering their products to buyers.