Asre Khodro- Iranian auto parts manufacturers believe that stringent regulations and higher import tariffs will give the local industry a much-needed boost and encourage them cater to higher quality Due to low imports tariffs on auto parts, cheap and low-quality parts brought in from China, India and other countries have been able to grab a significant share of the market 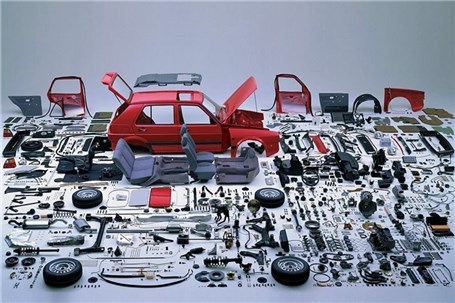 Reportimg "Asre khodro", the head of Iran’s Brake Producers Association has called on the government to exert more effective supervision on imports of auto parts.

Hossein Lajevardi told ISNA, “The lack of proper supervision on the imports of auto parts has inflicted irreversible harm on local producers.”

Elaborating the point, he said, “For instance, Iranian brake manufacturers’ production exceeds local demand, but due to low import tariffs on auto parts cheap and low-quality parts brought in from China, India and other countries have been able to grab a significant share of the market.”

Import tariffs on auto parts vary between 15% to 20%. This is while the government has imposed 100% tariff on imported vehicles that has effectively made foreign car prices in Iran the highest in the world.

Furthermore, one of the major challenges Iran’s struggling auto sector is long facing is the import of fake auto parts.

According to the Head of Tehran Auto Mechanics Association Alireza Nikaeen, “On the surface imported parts are terribly similar to the locally-manufactured products…to the extent that even local producers cannot distinguish the real from the replica.”

Nikaeen has often complained that unregistered Iranian companies have entered into shoddy production deals with Chinese auto parts makers who produce inferior versions of Iran-made parts put them into attractive packages and also stick holograms on them.

“No one can detect the fake parts without the benefit of time-consuming tests,” Nikaeen has been quoted as saying. He says the profit margin of importing fake parts is three times more than investing in local manufacturing.

Parts imported from China and India are available in the market at much lower prices than local products.

It needs mention that many locally manufactured auto parts also do not meet international automotive standards, a hurdle which has made foreign companies operating in Iran through joint ventures with local carmakers reluctant to use Iran-made parts in their products.

Admitting that local auto part makers “may not have an optimum performance in the past couple of years”, Lajevardi said, “producers have been grappling with numerous problems due to lack of liquidity and high interest rates on bank loans.”

Lack of liquidity to some extent is due to the failure of local car manufacturing companies to repay their debts to auto parts makers. Reports indicate that Iran’s largest automakers Iran Khodro and SAIPA owe local parts manufacturers $2.4 billion.

The Auto Parts Manufacturers Association of Iran has made a proposal according to which the association will directly supervise auto parts imports.

It has said that auto parts imports should be allowed only if similar products are not locally manufactured or Iranian businesses’ output is below market demand. The association is of the opinion that it should also have the authority to issue  import permits.

The proposal is being reviewed by the Ministry of Industries.

Such measures will fall in line with government’s oft-mentioned localization mantra. President Hassan Rouhani’s administration has repeatedly called on domestic carmakers to increase the share of locally-manufactured auto parts in their cars.

Furthermore, by law foreign automotive companies are obliged to share expertise and technology with their Iranian partners through their joint ventures.

To meet the legal requirement, for instance, Renault —which has a joint venture  with Industrial Development and Renovation Organization of Iran — has opened a training center for local part manufacturers.

Ezam Automotive Parts Group is set to produce parts in Iran in cooperation with Germany’s Bosch and Valeo of France.

Germany’s Continental, better known for its quality tires, signed a deal with Iran’s Crouse Co. in March to set up a local auto parts production company.