Asre Khodro: As foreign investors and potential trading partners worldwide wait that Western sanction against Iran are getting gradually lifted, Thailand has expressed hope that this would revive exports to the Middle Eastern country which is currently its 11th biggest trading partner in the region, with bilateral trade valued at just $357mn last year. In particular, exports of rice, seafood and pickup trucks could get a boost, Thailand’s permanent secretary in the Commerce Ministry, Chutima Boonyapraphasara, told local newspaper The Nation. 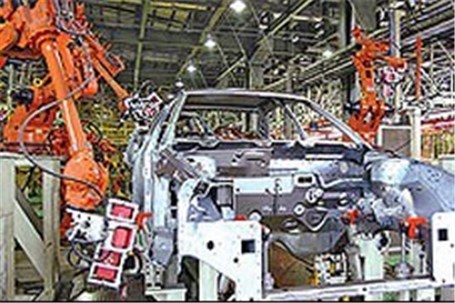 Reporting "Asre Khodro", She added that this could partly offset the sharp drop in Thai exports this year, which so far culminated in June when exports fell nearly 8% year-on-year, surpassing a 5% year-on-year drop in May, according to data from the Thai customs department.
It was the biggest drop in exports since an 11.6% fall in November 2011, a result of increasingly volatile global markets with weakening demand for Thai products in Europe and China, as well as a number of home-made headwinds the Thai economy is currently facing, namely dropping investor confidence owing to political uncertainty, high household debts and low consumer confidence. To build momentum in the Iran-Thailand trade, the Thai Commerce Ministry said it will organise a “Thailand Week 2015” in Tehran, lead a trade mission to Iran and also invite a delegation from Iran to Thailand, in addition to promoting Thai products at the many trade fairs held in Dubai during the remainder of the year, also hoping to arouse Thai investors’ interest in Iran.
So far, only a few Thai companies are engaged in the country, namely oil giant PTT in hydrocarbon exploration, SCG Chemicals operating a plastics production in a $330mn-joint venture with a local polyethylene company, and seafood specialist Prantalay Group, which is invested in fisheries and some cooperative projects related to prawn and fish farming.
According to the Thai Board of Investment, other opportunities for Thai investors in Iran include the sectors of construction, agriculture, textile and garments, electronic parts manufacturing and automotive. In turn, Iranian investors could find interesting investment deals in the energy, halal food and tourism sectors in Thailand, the board said. At present, Iranian economic activities in Thailand are minimal, with just a few small companies or traders active mainly in the gems and jewellery business.
Up to now, Thailand was quite inventive to get around Western sanctions imposed on trade with Iran. The Commerce Ministry openly admits that it has been exporting to Iran through the United Arab Emirates. There have also been attempts for high-volume rice-for-oil barter trades between the two countries to circumvent the trade ban, but to not much avail.
Iran in fact used to order some 800,000 tonnes of rice annually from Thailand in the past, but, however, in 2011 imposed an import ban after a Thai exporter defaulted on a rice-shipment contract. The ban was only lifted in February 2015.
Classified as an upper-middle income country, with a population of close to 78mn and nominal GDP of around $410bn as per World Bank figures, — higher than, for example, South Africa’s, Malaysia’s, the UAE’s and also Thailand’s GDP — Iran is set to be the biggest economy to rejoin the global trading and financial system since the break-up of the Soviet Union more than 20 years ago after the sanctions get lifted — which could ideally happen by September this year.