Asre Khodro: The 4th Vehicle Conference will be held on 14 and 15 November of current year, with "Sales and After-sales service" approach in the Islamic countries heads hall. 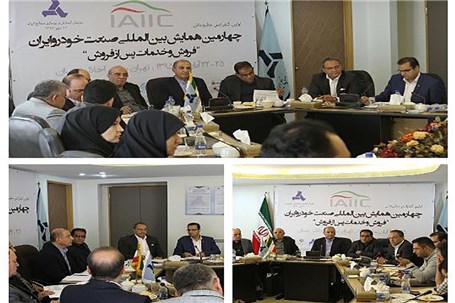 Reporting "Asre Khodro", Sasan Ghorbani, Secretary of the Conference, the announcement identify the share of after-sales services in brand promotion, sales and after-sales service chain pathology, study of effective factors in customer satisfaction, influence the sovereignty and laws of the successful models in the service and after-sales service other than the main topics of the conference outlined.
According to his statement, major foreign companies will form present at this conference are the Iranian companies which are vehicles manufacturer or importer. But it should be said that there is no limit to attend the conference for foreign car companies and parts manufacturing.
Mr. Ghorbani added: So far, the presence of several delegations and companies from Germany, France, India, Japan, China, Brazil, Mexico, Tunisia, Turkey, and ... specified, the conference will present the latest achievements in the field of sales and after-sales will provide.
In the following Mr. Taherian the director of IT and Communication Department of ISQI Company notified that, as Iran Standard and Quality Inspection Company, is the executive arm of the Ministry of Industry, Trade and Mines overseeing the sales process and is responsible for after-sales service, so he said, this year, vehicle sales increased customer satisfaction process so that the automotive supply sector by 11.8% compared to last year we have seen an increase in customer satisfaction.
He added: In the last ISQI report, according to the vehicles assessment released after sales service, the results presented are found than in the past and the reason was that more stringent assessments. The conference focused on the diagnosis carried out by "sales and after-sales service" and one of its objectives is to promote the use of international experiences and successful models of this section.