Iran to become a hub for automotive manufacturing: OICA President

Asre Khodro: Iran could become a hub for automotive production in the region given its capacities in this industry, director of the International Organization of Motor Vehicle Manufacturers (OICA) says during the 3rd Automotive Industry International Conference which is underway in Tehran. 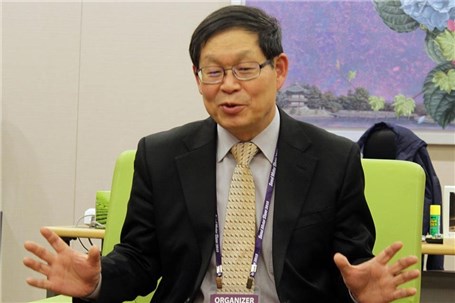 Reporting "Asre Khodro", Attended by 363 Iranian and 137 international automakers, the third Iran Automotive Industry International Conference kicked off in Tehran on Monday. During his speech in opening ceremony of the conference, Yong Geun Kim the director of the International Organization of Motor Vehicle Manufacturers noted Iran’s capacities in automotive industry, predicting that Iran’s can turn into a hub for car manufacturing in the region.

Referring to holding the conference in Tehran, the official hailed the event as successful in terms of location, content and participants.

Speaking briefly on the background and missions of the organization, he highlighted Iran as an outstanding car maker in the Middle East whose economy is based on this industry after the oil and gas.

Elsewhere in this ceremony, President of Organization for Investment, Economic and Technical Assistance of Iran, Mohammad Khazaei as another keynote speaker underlined Iran’s current approach of joint and long term investment, stating that a new horizon has opened ahead of Iran and industrialized countries in which the international cooperation will remarkably enhances.

During the opening ceremony of the conference, Iran signed four agreements with Sweden, Turkey and India in manufacturing, tooling and scientific cooperation.

The 3rd Automotive Industry International Conference kicked off in Tehran on Monday, February 29, and will last until March 1.