Construction of Chinese-Persian car in Semnan

Asre khodro- Consultations have been successfully agreed to launch the assembly line-up of five Chinese car models in Semnan. 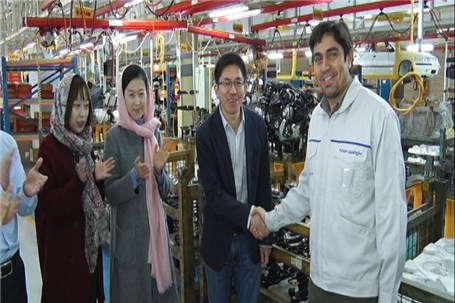 Reporting" Asre Khodro", Managing Director of Farda Automobile Company mentioned that this Chinese MG  brand, has more than 30 years of experience in the automotive industry, the sixth largest in the world with a circulation of around six million and 500 thousand units per year.
Avaz Didar adding such that in a five-year contract, five models of Chinese cars were produced in Semnan and continued:

The assembly of these cars will start from three thousand units with one model in the first year of the contract, and at the end of five years, 113 thousand units will be available in five models.

He also pointed to the launch of the company's paint and body saloon under the same contract with the Chinese side and said: "One and a half years after the Chinese car began with the use of world-class technology, the production cycle of the car alongside the assembly hall of the factory Will be completed.

According to him, providing 20 percent of automobile parts from inside the country is one of the requirements of the contract, and the company intends to use the capacity to produce 117 companies in Semnan province.

The CEO of the company added: "In the framework of this contract, a massive after-sales company for MG, is being launched with 20 million dollars investment by the Chinese side, called" MG Farda, which is taking full responsibility of marketing, sales and service of Chinese cars Producing Semnan.
He acknowledged the success of the domestic auto assembly experience with 210 employees in the newly created company over the past eight months, adding that the assembly and delivery of six thousand Samand machines was completed three months earlier than the contract expired, and now the production of 40,000 Pars vehicle has been started in this assembly unit for the next year.

He reminded buying 75 hectares of land needed for the construction of a paint and body salon in the unit and said: By completing and initiation these two salons, 500 new troops will be taken over by the factory.
Farda car assembly line up capacity, is currently 60 units a day, which will reach 100 units by the end of the year.