Asre Khodro: The removal of sanctions provided an opportunity for Iranian automotive industry not only to recover but also reach new heights. 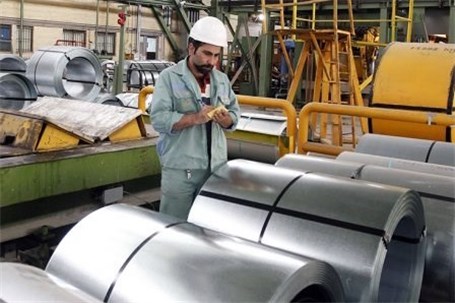 Reporting "Asre Khodro", A large number of international car brands rush to come back to Iran, which will make the country the Middle East’s production hub in the coming years.
As a result, flat steel consumption in Iran is expected to grow, Metal Expert, a Ukraine-based provider of news and analysis on steel products and steelmaking raw materials industries, wrote in a recent report dubbed “Iran in Focus”.
Iran has a target to increase auto production to 3 million units per year and export 30% of it by 2025.
“Iran is a very promising market … Today it is more than 1 million cars and it has potential to go to 1.5 or 2 million,” Iran Business News quoted Carlos Gosh, the head of Renault-Nissan Alliance.
In 2015, vehicles production in Iran was little under 1 million units, which marks a 10% decline y-o-y. The decrease is explained by lower domestic market demand, as buyers were waiting for better prices and payment terms as well as fresher technologies after sanctions removal. According to market insiders’ assessments, Iranian automotive industry consumes around 600,000 tons of steel per year.
“Internal steel parts of each car are supplied by Mobarakeh Steel Company, while face parts are imported mainly from South Korea’s POSCO,” a trading source told Metal Expert.
The growth of steel consumption will be determined by production figures, though.
Renewal of cooperation with international automotive giants, such as PSA Peugeot Citroen, Suzuki, Fiat Chrysler Automobiles, Daimler, Renault-Nissan Alliance and Volvo is expected to enliven and modernize the Iranian industry.
According to the government’s plan, Iran is expected to limit Completely Built Unit imports while pushing for high localization.
“Supplier and Original Equipment Manufacturer partnerships will be the best mode of entry into Iranian automotive market,” an industry specialist said.
A bright example is a 50/50 joint venture agreement between the country’s largest manufacturer Iran Khodro and French PSA Peugeot Citroen. The joint venture is expected to invest up to €400 million over the next five years in manufacturing and R&D capacity.
The agreement, which will be backed by technology transfer and significant levels of local content, will come into effect around mid‑2016, while first vehicles are expected to roll off the production line at the Tehran plant in the H2 2017.
Fiat and Daimler, producer of Mercedes-Benz cars, are also in talks with IKCO for joint venture establishment this year.
A €300 million deal was announced on Thursday between the PSA Group and SAIPA for the former to produce and sell vehicles for its Citroen brand in Iran. The details of the agreement have been explained in a separate article on page 4 of today’s newspaper.
There is another opportunity to support local flat steel producers through export of spare parts. Recently, Iran signed a memorandum of understanding with Oman and Algeria for the establishment of joint ventures in these countries, which will require additional volumes of flat steel.
IKCO and Omani Investment Fund agreed to study the creation of Orchid International Auto. The total cost of the project is expected to be $200 million. It will start as assembly facility and move gradually towards manufacturing. Nevertheless, the type of vehicles and volumes to be produced were not disclosed. Cooperation with Algeria is eyed by Iran’s second biggest automotive giant SAIPA. Initially, about 20,000 units per year of SAIPA sedan will be produced there.
To feed the growing needs of automotive sector and other consuming industries, Iran plans significant flat rolling capacities expansion in the coming several years.
According to the data published earlier by Metal Expert, by 2019 Iran may see flats rolling capacities more than doubled to 23 million tons. Besides traditional supplier, Mobarakeh Steel Company, the market is eyed by Golgohar Iron and Steel Development Company, Arvand Jahanara Steel Company, Pars Kohan Diyar Parsian Steel Complex and Esfahan Steel Company.
To support local producers, Iranian government increased flat steel import duties, for automotive steel in particular, from 10‑20% to 20‑25%. To maintain the share in this narrowing market, POSCO established a joint venture with PKP to produce 1.6 million tons hot rolled coil and 600,000 tons of cold rolled coil.