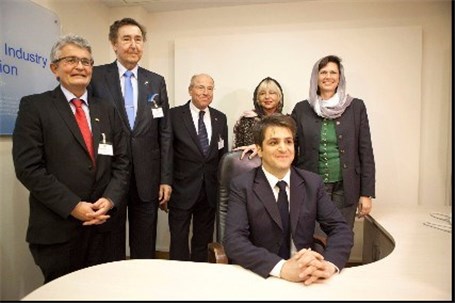 News of Bavarian component interest in Iran comes hot on the heels of automotive supplier delegations led by FIEV in France and FKG in Sweden, anxious to take advantage of a rapidly thawing political climate after decades of punitive sanctions against Tehran, which have seen an ageing car parc bereft of quality parts.

"In connection with a recent visit by the Tehran Chamber of Commerce, Industries, Mines and Agriculture to Munich on our invitation, the VBW signed a Memorandum of Understanding with the Iranian Auto Parts Manufacturers Association.

"This highlights the intent from both sides for establishing co-operation between Bavarian and Iranian companies in the automotive supply industry. Trade relations are sure to pick up pace increasingly."

The VBW chief noted Bavaria exported EUR207m (US$228m) of goods to Iran last year, but the figure makes up a fractionally small 0.1% of the region's total, illustrating the potential for a major uptick in trade between Tehran and Munich.

"After years of political tension and declining exports, the gradual lifting of sanctions against Iran opens up new opportunities for the revival of traditionally good business relations between Bavaria and Iran," added Brossardt.

"Due to the long period of isolation, Iran is eager to catch up in almost all sectors. Bavarian companies are able to deliver exactly what the Iranian market needs. Particular potential exists in the automotive sector."

The new VBW liaison office in Tehran will provide services such as market development; advice and assistance with accessing the labour market, generating contacts to potential partners and customers through the 'Bavarian Desk;'  as well as project support through to the conclusion of contracts.

In addition it will advise on office services and rental of space for short-term stays or new headquarters, access to policy-makers and organisation of delegation trips and seminars.

The Education Institute will offer qualification programmes and management training in Iran, among other services.