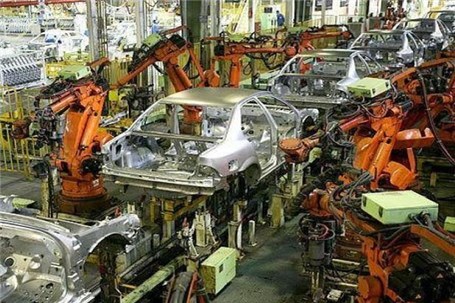 Reporting "Asre Khodro", Sasan Qorbani added that Nematzadeh wants carmakers to submit action plans and report back on developments, Mehr News Agency reported.
"The minister has urged carmakers to continue releasing face-lifted editions of previous models and wants them to pay heed to the needs of customers, improve car quality and integrate innovations in the latest products," he said.
The spokesperson noted that between March 20 and June 20, 265,083 units were manufactured and 10,326,455 cars were produced since the start of the current Iranian year (started March 20) until July 10.
"A year-on-year comparison shows that the figure has increased by almost 0.5%," he said.
The official added that as car export goals have not been met, it was decided to set up a specialized committee to look into the issue.
Qorbani also said the committee will be comprise representatives from different sectors, namely auto manufacturers, auto parts makers and the ministry.
The committee will devise a compensation plan to increase exports by the end of the current Iranian year.
"The proposal will be assessed and developed into a comprehensive plan in the next meeting of Iran's Automotive Policymaking Council," he said.
The council will establish stricter quality standards and wants car producers to offer better services.
The ministry has issued directives for removing obstacles hindering the progress of auto projects. It will oversee the execution of new plans.