Asre Khodro - Iran’s car industry is the second biggest sector in country after the energy sector, which makes more than 10 percent of GDP. 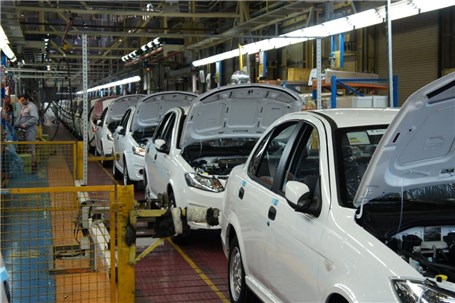 Reporting "Asre Khodro", Over 700,000 people are working in this industry which is equal to 4 percent of workforce of Iran, according to the 2015 data.

The WB estimations show that Iran’s gross domestic product (GDP) in 2015 stood at $393.7 billion. This is while Iran’s car industry in 2015 witnessed a downward trend as the industry’s share in the country’s GDP was 0.5 percent lower than in preceding year.

However, the latest statistics on the output of the country’s automotive industry suggest a huge surge. The industry made more than 946,000 vehicles over the first nine months of the current fiscal year, indicating a 38.7 percent growth year-on-year.

A surge was observed in interest among multinational companies in investing in Iran following the nuke deal signed in January 2015, while one sector attracting attention is Iran’s automotive industry.

At least two European carmakers have earlier announced that they experienced a considerable surge in their sales in Iran over 2016.

The auto giant PSA Peugeot Citroen became the first foreign company since the implementation of the JCPA  to receive a license from the Iranian government to invest in Iran Khodro Co. (IKCO), the biggest car manufacturer in the country.

The country imported some 49,331 motor cars in March-December 2016, while some 89 percent of the of the figure fell to a share of 5 countries,  including UAE, South Korea, Germany, Spain, Turkey. Imported cars shared only 5 percent of Iran’s total car market in the period.