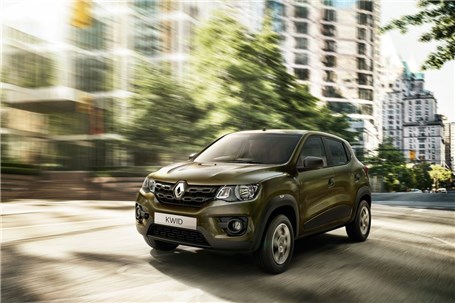 Reporting "Asre Khodro", Cars like the Renault Kwid and the mix of Suzuki models indicate a repositioning of the Iranian market in the eye of foreign automotive producers.
Recent deals like Iran Khodro's with Peugeot pushing the already globally defunct 307 will boost the appeal of newer Indian models.
Gone are the days when Iranian customers would wholeheartedly accept anything and everything. What they are now being offered is the same as in other emerging markets. The Dacia Sandero and the plethora of new Chinese vehicles are testament to this fact.
This should be seen as move in the right direction, as foreign car manufacturers are beginning to see the Iranian car buying public for what they are, an emerging market economy, in the middle-income bracket, who are tired of outdated offerings at inflated prices.
This points the direction the local market is likely heading toward: entry-level models, locally assembled/produced and then sold/reexported to the markets of neighboring growing economies.

Shift in Perception
The other week the Financial Tribune reported Suzuki planning to offer the same models on offer in other developing markets like India.
This offer marks a sea change in how people view the Iranian customer, as car companies like Suzuki group Iranian customers in the same demographic group as India.
Last week's report follows a press conference held late in July, which announced Iran Khodro would produce three new Suzuki models.
At the time, Iran Khodro's CEO Hashem Yekezare intimated that the models would include the Swift, Celerio and a midsized sedan called Ciaz.
The CEO said IKCO plans to produce Celerio in large numbers. The three vehicles will be in the price range of 250-500 million rials ($7,500-$15,000).
Information about the deal has since dried up; IKCO was unavailable for comment on the date of release of the cars when we contacted them.
The announcement that Suzuki and IKCO plan to bring these cars follows that of another leader in emerging markets, France's Renault.
In its latest press conference in Tehran, the French automotive giant's representative said Renault was looking into bringing the newly-released Kwid mini-SUV vehicle to the Iranian market, but did not elaborate.
Back in July, Renault said it was considering introducing a variant of its new Indian-built Kwid to Iran, an official announced at the time.
"The model has already drawn interest from potential Iranian partners," said Gerard Detourbet, the Renault-Nissan alliance vice president who developed the Kwid's new low-cost architecture.
The vehicle has received rave reviews from Indian car industry watchers, with Iranian auto blogs getting excited about its domestic entry.

Indian Advantage
Iranian car companies have work on their hands, as competition ramps up from across the board and options increase for domestic customers.
However, Indian manufacturers have an edge over competitors because of the low cost of shipping parts to Iran. Thanks to the preferential treatment and tax-free status enjoyed by India in Iran's Chabahar Port, the advantage will help Indian manufacturers offer cars at more reasonable and attractive rates.
Chabahar has also been touted as a hub of industrial production–mainly cars–which could be a possible site for a new Indian-led car plant.
Whether India-derived models like those of Maruti Suzuki and those by Renault manage to get a large foothold in the market is still anyone's guess. But the very fact that major car companies are finally acknowledging emerging markets as areas of potential growth rather than offloading old stock is the sign of a healthier market.