Asre Khodro: With the lifting of international sanctions against Iran, Volkswagen and its sister brand Skoda are considering entering the country, targeting its population of 78 million, according to a report from Reuters. 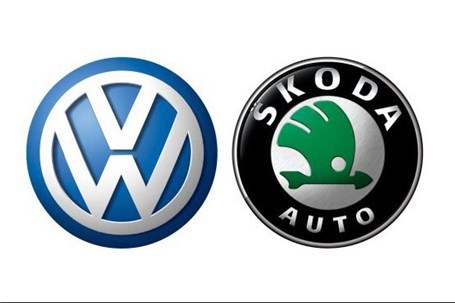 Reporting "Asre Khodro", Western investment is expected to start in the spring of 2016, as U.S. allies begin to ease economic sanctions that have so far prevented a large number of European countries from doing business in Iran. The lifting of sanctions has the potential to transform the automotive sector as well, development of which has been stunted in recent decades. More importantly, the opening of Iran to foreign automakers has the potential to alleviate woes created by the ups and downs in China and South America, from which Volkswagen has suffered in recent months.

"It is still too early to say which product we could use to go in with but of course we see the potential," VW brand R&D chief Heinz-Jakob Neusser told Reuters this week at the Frankfurt motor show. "Iran is a very interesting market with great opportunities," he added, indicating that VW Group would conclude its analysis of the market by the end of 2015.

VW's Czech division Skoda, which has seen impressive growth in a number of markets after being rescued from obscurity in the early 1990s, is also eyeing Iran.

"If the conditions develop right, this will be a market where we can fit in quite well with our offerings," Skoda R&D chief Frank Welsch told Reuters.

Volkswagen was the first western automaker to enter China in 1984, years before others dipped their toe into that market, creating a joint venture with SAIC and producing a number of models like the Santana sedan. Skoda is represented in China as well, and the VW Group has also been a pioneer in South America, creating plants for local car production and fielding models suited to that market.

Iran, for its part, has a fairly limited passenger car market owing to a number of factors, with just about the only western cars produced there being relatively outdated versions of Peugeots and Renaults sold under local marques such as Iran Khodro. One of the most popular cars in Iran happens to be a heavily updated version of thePeugeot 405, a model that dates back to the 1980s, though a number of later models are available as well. What Iran does have in abundance, as many analysts have noted, is a young, educated, upwardly mobile population, one cognizant of western brands.

If VW and Skoda do enter Iran in the near future, it remains to be seen which models will be offered there. The most obvious short-term move would be ramping up production in China to satisfy demand there, as VW has no shortage of modestly priced vehicles. A number of Skoda models are built in China as well.

Sout Korea’s auto exports down 1.6% in Feb. Renault to Return to Iran: Deputy Minister Renault to stay in Iran despite US sanctions M&M plans SUV foray into Iran Automotive Industry in Iran, a short review Automakers are forced to implement new car standards Removing some price ranges from the car market Renault Lead the Way, Nissan Climb An End to Car Importing Suspension The Renault partnership in Russia changes the investment location in Iran
No Cherry-Picking, All Low-Quality Cars Have to Go Details of new rules for importing car to Iran European carmakers on the road back to Iran after nuclear deal Renault has reached to the top market for imported cars in Iran Iran is the place for peugeot to jump the platform What Future for Iran Car Market? France’s Peugeot, Total Looking for Stronger Presence in Iran French Leverage in Iran Auto Industry Iran Carmakers Obliged to Offer 2-Year Guarantees Over 13 million cars in use in Iran Renault Imports to Iran Increase 110% VW's Seat considers selling cars in Iran - CEO Iran to Finalize Deal with Renault in Weeks: Minister Iran Khodro Group Retains 39% Market Share Iran stars as Renault powers to record 2016 sales Renault Duster May Be Obsolete VW to made CNG cars for Iran Iran has potential to be top-10 auto market by 2020 Renault Sales in Iran Up by 127% in September Volkswagen and Skoda look into Iran market entry Renault Looks to Grow Automotive Presence in Iran Iran’s Car Market: Heading High or Low? Peugeot targets 150,000 vehicle sales in Iran in second half A positive political environment has helped Iran’s car market Peugeot to try for making Iran its manufacturing hub in Middle East, Africa Germany’s Bavaria to dispatch trade delegation to Iran on Sept. 4 No request to raise the automobile's price is sound Record Registrations for Groupe Renault in H1 2016 Automotive Targets Highlighted How to seize Iran’s automotive opportunities Renault’s Iranian market share rises 7-fold in post-sanction era VW In Iran Rouhani vows to privatize Iran’s car industry Japanese traders seek new opportunities in Iran Peugeot and Renault in pole position to enter Iran’s car market Iran Opening Up, The New Land Of Opportunity Picking winners in the race to Iran Iran important market for European businesses: expert Azerbaijan not impressed by car opportunities of Iran Impact of Iran deal on the automotive market European car makers strives to regain share in Iran's auto market Iran automotive market ‘on edge to take off’
Back to top