Asre khodro- According to a report published by the Automobile Market Research Department of Khodro Emrooz, in the first eight months of this year, more than 52 thousand vehicles of all types passenger cars entered into the country, a 29 percent increase compared to the same period last year.

Reporting "Asre Khodro", however, during the period under review, due to the restrictions imposed on the registering, the import of cars has been stopped practically, and a large volume of imported vehicles in the country's customs or southern  Persian Gulf ports is awaiting entry into the market, which in this report Due to lack of customs clearance, they are not considered.

According to the report, based on imported car dealership, Renault with 16,130 units of all types is at the top of the table, followed by Hyundai's, second-largest imported of 10,210 units.

Interestingly, on the import chart this year, the presence of Nissan is in the third place of the table. Nissan has been importing 5,955 vehicles to the country with a higher rating than brands such as Kia, Toyota and Sang Yong. 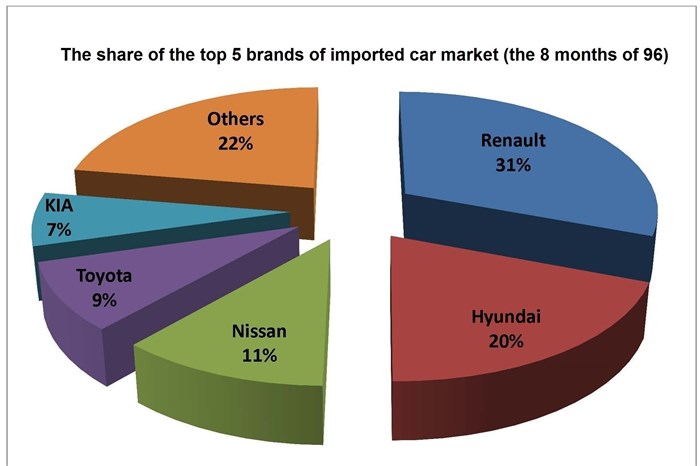