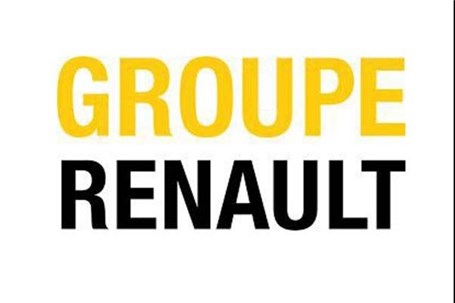 The appointment follows the departure of Bernard Cambier who will leave the company.

“I extend my sincere thanks to Bernard Cambier for his contribution to Groupe Renault performance. Thanks to his determination and professionalism, he has successfully tackled numerous challenges, notably in international trade. His knowledge of markets, good business sense and customer management skills have strongly contributed to the Group’s sustainable growth”, said Stefan Mueller.

Fabrice Cambolive is currently CEO of Renault do Brasil, a strategic market for the Group. In 2016, despite a Brazilian market that had slumped 19.8%, Renault lifted market share to an unprecedented 7.5%. This was achieved through launches of SUV and pick-up ranges developed locally. Previously, Mr. Cambolive held a number of different positions in the Group. For four years, he was VP, Sales and Marketing for the Eurasia region and made significant contributions to Renault’s growth in Russia and in new markets such as Kazakhstan, Byelorussia and Ukraine.

“With the success of the Kwid in India, the rapid increase in our activities in Iran and very good results for the Group in the North-Africa region, 2016 was an excellent year for the AMI region. I am fully confident that Fabrice Cambolive will build on his strength to increase the AMI region’s contribution to Groupe Renault”, said Stefan Mueller.

491,151 vehicles sold in 2016, Renault’s second biggest selling region.
6.2% market share in 2016
Renault is the number-one European automobile brand in India.
India is the Group’s eighth-biggest market.
Market share in Iran increased 3.7 points in 2016 to 8.4% thanks to the success of the Tondar and the Sandero
Market leader in Morocco and Algeria.

Born in 1967, Fabrice Cambolive is graduated from ESC Business School in Toulouse, France. He joined Groupe Renault in 1992 and assumed the first ten years in several international Sales & Marketing positions in Spain, Switzerland and France. In 2005, he was appointed Marketing Director from Renault Germany then moved in 2009 to Romania as General Manager of Renault Dacia and Nissan Commercial. In 2011, Fabrice Cambolive was promoted VP, Sales and Marketing for Russia and Eurasia Region (Russia and ex-CIS countries like Kazakhstan, Byelorussia, Ukraine). Since 2015, Fabrice Cambolive has been CEO of Renault do Brasil.

Bernard Cambier was born in 1953 and holds a Master’s Degree in Private Law. After joining Renault in 1979, he held a number of different positions at Renault DIAC. He was named Branch Manager in 1990, then Regional Manager for north-eastern France in 1992. In 1994, he was appointed Director of Renault Switzerland SA, before heading the multi-brand used car project in 1997. From 1999 to 2001, he was Sales and Marketing Director for the high-end vehicle range until his appointment as Vice President, Corporate Sales in 2001. After more than three-and-a-half years as Vice President, Parts and Accessories from 2005, he joined the Renault Management Committee in 2008. He became Senior Vice President, Market Area France in 2009. In September 2014, Bernard Cambier was appointed Chairman of the Africa-Middle East-India Region.