The Unending Saga of ‘Localization’ in Iran Auto Industry

Asre Khodro - The main hurdle in the way of implementing Renault’s joint venture deal with the Industrial Development and Renovation Organization of Iran (IDRO) ostensibly is the country’s weak auto parts supply chain. 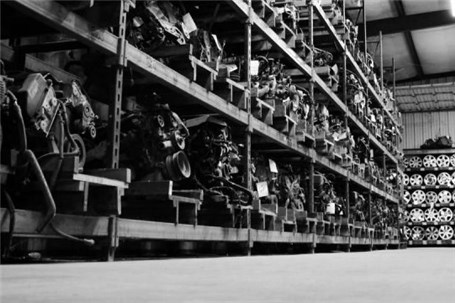 Reporting "Asre Kodro", Law stipulates that in all new agreement signed with foreign companies at least 40% of the vehicle parts should be manufactured in Iran. According to IDRO chief Mansour Moazami, Renault is rather reluctant to go along this uncommon condition, Financial Tribune’s sister newspaper Donya-e-Eqtesad reported.

Moazami says, “Renault officials believe that since their company is directly investing in local production, it should not be compelled to work with Iranian parts makers.”

However, the Ministry of Industries, Mining and Trade has a different view. It hardly ever misses the opportunity to trumpet “localization and technology transfer” as among the main objectives of automotive JVs with foreign firms. Whether or not this high stakes game, some call it gamble, will deliver does not seem to be the concern, at least for now, of those deciding policy in the key ministry.

According to the Industry Ministry, one of the reasons for insisting on the role and involvement of local parts makers is “feasibility and cutting production costs”.

However, the same ministry fails to mention that at least for the first years of production, the number of cars to be produced through the JVs will not reach the feasibility threshold and importing the required auto parts will cost less.

It claims that local production of auto parts will enable carmakers to reduce the cost price of the vehicles. Regrettably indeed, the history of Iran’s automotive industry has a diametrically opposite story to tell.

Several cars are produced locally without relying on international supply chains, models like Peugeot 405 and Pride (produced by SAIPA) and the locally designed Samand of the so-called “oldest and biggest” company Iran Khodro.

More than two decades after the poor Pride was born in Iran, the price of this model has systematically increased and never ever has there been a decrease in its price. The same price ascending order is true of the other two models.

Outdated technology used by Iranian companies and haphazard production plans have been taking their toll with all car manufacturing companies claiming that due to the “difficult economic conditions their profit margins are as thin as it can be!”

Minus advanced technology and efficient planning, informed minds always are at a loss to understand how come quality cars are produced in so many countries at much lower prices but not in Iran. Few if any in the halls of economic power in Tehran with vested interests have ever cared to probe this multi-billion-dollar question.

Furthermore, officials also fail to mention that the “technology transfer” process normally takes years and when the Iranian companies are able to produce the cars on their own the technology they imported will be outdated.

Other foreign firms producing vehicles through JVs with Iranian companies are also reluctant to work with local parts makers.

Both Hyundai and Peugeot have accepted the ministry’s conditions, signing joint production deals with Iranian companies. However, both have had a change of heart.

South Korea’s Hyundai has a joint venture deal with Kerman Motor and currently is producing two models, Hyundai i10 and i20 in Iran. It is reported that almost all the parts for the two models are imported and the local firm only assembles the cars.

According to the Head of Iran Auto Parts Manufacturers Association (IAPMA) Reza Rezaei, local firms contribute only 10% to the production of the two models.

In addition to Kerman Khodro, IKCO has a joint venture deal with Peugeot, and the production line of the Peugeot 2008 has supposedly commenced. While the company too promotes the “localization” mantra, all the parts required for manufacturing this model are imported.

In a recent interview, Rezaei told reporters “IAPMA has established a special  committee to monitor automotive JVs with foreign firms and provide the association with reports on the share of local firms in the production process.”

IAPMA, however, does not have any legal authority to force foreign firms to change their attitude towards the local supply chain, it being the responsibility of the government.

The former CEO of SAIPA Saeed Madani believes “Adding some [vague] clauses in the agreements is no guarantee that local auto parts makers will have a share in the JV productions.”

In his opinion “None of the foreign automakers, including Renault, have ever upheld their agreements with Iranian producers. It is for the government and local companies to compel foreign businesses to include the local parts makers in production.”

Just like other professionals, Madani admits that the local supply chain is lagging behind and does not have the infrastructure to keep pace with the international automotive giants armed with huge amounts of money plus advanced technology – two key elements in quality, price and competition.

The local supply chain has visibly failed to keep up with the several new vehicles flooding the market. The industry is also facing a lack of liquidity with the two biggest companies — SAIPA and IKCO — owing parts makers an estimated $2.4 billion with no solution to this problem in sight.