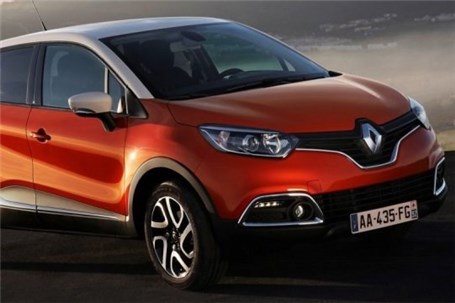 Rporting "Asre Khodro" ,According to data released by the Islamic Republic of Iran Customs Administration (IRICA), SUVs and crossovers had a 65% share of the import market in the first four months of the current fiscal that started in March.

The report said 17,472 SUVs and crossovers were imported into the country during the period.

Furthermore, import of all cars stood at 26,608 units indicating a 43% year-on-year increase.

Renault has emerged at the top with a 22.4% share of the import market, over taking from South Korean firms — Hyundai and Kia — that have held the position for the past three years consecutively.

During the four-month period, 5,981 units of Renault were brought into the country from several locations abroad according to IRICA.

Just like the other brands, with 3,552 units, SUVs and crossovers had the biggest share from among the Renault group with Captur leading the charge from that brand with 1,817 units.

Moreover, the French carmaker is set to expand its footprint in Iran’s huge auto market following the signing of a trilateral agreement deal this week worth €660 million.

As per the deal, Renault will produce the Symbol and Kwid jointly with the Industrial Development and Renovation Organization of Iran and Negin Khodro.

Renault is closely followed by Hyundai with 5,431 cars under the South Korean brand entering Iran during the four-month period.

In the past Hyundai topped the import chart, and its vastly popular sedan Sonata is still the second most imported vehicle with 1,519 units.

After Sonata, comes one of the most popular SUVs in Iran, Hyundai’s Santa Fe. The customs reports said 1,495 units of the model were imported during the period.

Independent Korean carmaker Ssangyong is expanding its overall market share with its Tivoli small crossover model. During the four-month period, 1,483 units of the model were introduced.

This is the first time a Korean firm has begun competing with its much larger home country competitors Kia and Hyundai.

The fourth most imported vehicle is Toyota’s latest RAV4 SUV model. Local dealer Irtoya has imported 1,489 units of the model directly from Japan.

The Japanese auto giant was the third top exporter in Iran in the four-month period with 2,952 vehicles.

Last month the Ministry of Industries came up with a proposal the implementation of which will certainly tighten Iran Khodro’s and SAIPA’s grip on the auto market.

The ministry says auto importers must invest twice the value of imported cars in local production, or they will not be allowed to bring foreign cars into the country.

The proposal is being studied by the government. If approved it will be sent to the parliament to become law and is very likely to place a big  hurdle in the way of auto imports.

Moreover, earlier rulings by the government put an end to grey imports of vehicles depriving the sector of almost half the resources and channels used for auto imports.