Asre Khodro - Renault-Nissan boss Carlos Ghosn is recruiting a new operational second-in-command for the carmaking alliance, company sources told Reuters, in a move designed to prepare his own succession and advance the companies' integration. 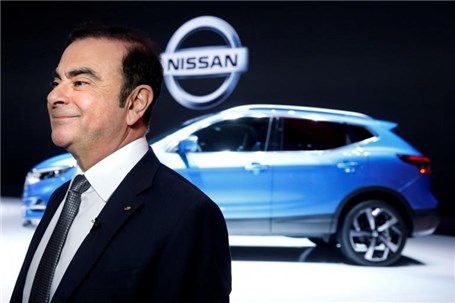 Reporting "Asre Khodro", Under the plan, the currently separate chief competitive officer (CCO) roles at Renault and Nissan would be fused into a single position at the 18-year-old alliance's helm, the sources said.

Ghosn, 63, aims to fill the new post later this year, backed by further steps to combine Renault and Nissan manufacturing, research and development and other key activities.

"He's already preparing the next stage," one of the people said. "The process is underway."

Brazilian-born Ghosn recently stepped back from his role as Nissan chief executive officer but remains CEO at Renault, where his contract ends in 2018. He still serves as chairman of both carmakers as well as Nissan-owned Mitsubishi Motors.

Ghosn has repeatedly tussled with Renault's biggest shareholder, the French state, over the future of the company and its 44 percent stake in Nissan.

For years, he sang the praises of a consensual, arm's length approach to cooperation - often invoking the long list of failed auto deals to explain why a merger was a bad idea. Renault and Nissan are currently targeting 5.5 billion euros ($6.2 billion) in joint savings, or 3.8 percent of combined sales.

But the tone changed in February, when Ghosn suggested the carmakers would be ready for a full tie-up if only France sold its near-20 percent Renault holding.

Nissan "will not accept any move on capital structure as long as the French state remains a shareholder," Ghosn said as he presented Renault's 2016 earnings. "The day the French state decides to get out, everything is open, and I can tell you it won't take too much time."

The new CCO hiring process began around the same time, the sources said, with senior executives at both companies vying for what is likely to be an internal appointment.

Senior alliance appointments are beset by the same cultural and political sensitivities that have held back integration. Being neither French nor Japanese could be a diplomatic edge for Munoz or Mueller, respectively Spanish and German.

Renault CCO Thierry Bollore is considered a long shot, the sources added. Bollore, 54, has played a prominent role in publicly defending the company against diesel fraud allegations that remain under investigation by French prosecutors.

Nissan CEO Hiroto Saikawa will likely stay in the role he inherited in April, with Ghosn also remaining Renault CEO "for an initial period". Ghosn, who has run Nissan since 1999 and its French parent since 2005, is expected to continue presiding over the alliance from one or more chairman roles.

The other changes will see Renault and Nissan departments folded into alliance teams that were created in 2014 across four key areas, the same people said: manufacturing and supply chain; research and development; purchasing; and human resources.

"We'll see convergence efforts in the same fields," said one. "But they are stepping up a notch."