Asrekhodro: The Renault-Nissan alliance drew a line under an eight-month power struggle with the French government on Friday, with a compromise deal balancing increased state influence at Renault with weakened control over its Japanese affiliate. 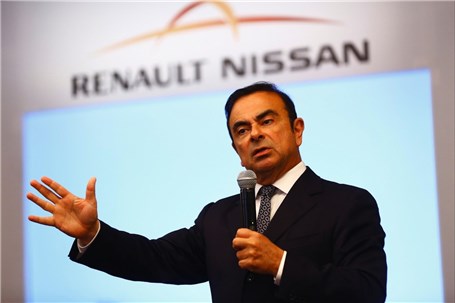 Reporting "Asre Khodro", The agreement, offering Nissan guarantees against future interference by parent Renault or its own biggest shareholder, the French state, came as a relief to Renault staff while disappointing some investors who had hoped for bigger changes to the 16-year-old carmaking alliance.

Tension had been building since April, when Economy Minister Emmanuel Macron temporarily raised France's Renault stake to secure a permanent increase in its voting rights - and enough clout to veto strategic decisions or tie-ups that might one day endanger domestic jobs or other national interests.

That move raised hackles at Nissan, 43.4 percent-owned by Renault, and infuriated alliance Chief Executive Carlos Ghosn, who has headed both carmakers for the last decade.

"We've certainly lost a bit, but Nissan has accepted that France has increased voting rights on important strategic questions," one Renault manager said.

Nissan said it was "very pleased" with the agreement, having earlier threatened to exit the carmakers' 2002 alliance agreement unless a deal was reached by Friday, a move that would immediately free it to raise its 15 percent Renault stake. An increase to 25 percent would cancel Renault's voting rights in Nissan under Japanese law, effectively ending French control.

Instead, the deal allows Nissan to lift its Renault holding to 25 percent - or beyond - only in the event of interference by Renault or by Paris that breaches the new undertakings.

The small shift in the balance of power reflects economic realities on the ground. Since its 1999 rescue by Renault, Nissan has outgrown its French parent and now leads the way in engineering and other key areas, within an alliance now ranked as the world's fourth-largest carmaker by combined sales.

But the changes disappointed investors who had hoped that Ghosn, 61, might use the crisis to carry out deeper alliance reforms or even a full merger - unlocking some of the $20 billion market value of Renault's large Nissan stake.

"It seems a very ugly solution and I can't imagine the market will like it," said a London-based special situations investor at a $40 billion fund that had bet on bigger moves before trimming its position as the weaker compromise loomed.

"They're really just kicking the can down the road," he said.

Renault shares sagged after an initial Reuters report on the draft compromise, eventually closing 5.3 percent lower after the deal was announced.

Even after its holding is pared back to 15 percent, France will command 28 percent of votes when the Florange law takes effect at the end of March, enough to veto strategic decisions.

Ghosn sparred with Martin Vial, Macron's top official in charge of state holdings, for much of Friday's five-hour board session, sources said afterwards.

Agreement to cap the government's voting rights at their previous 17.9 percent level - for ordinary, non-strategic resolutions - came only after Ghosn called a break to speak to the minister by phone.

Under a face-saving formula yet to be finalised, the limit will rise to 20 percent at unusually well-attended shareholder meetings. It would be lifted entirely if Renault or Nissan were to violate the pact with France or modify their own alliance agreement without government approval.

Nissan, which had called for drastic changes to the alliance's crossed shareholdings in a confidential September proposal revealed by Reuters, gave up many of those demands in the compromise deal.

Instead, for the first time, it received written assurances that Renault will never attempt to control the Nissan board or propose resolutions to its shareholder meeting without its approval - a substantial concession depriving its main shareholder of some fundamental prerogatives.

"I believe the alliance emerges stronger from this debate," Ghosn told reporters on a conference call afterwards. But analysts weren't so sure.

Dominic O'Brien of Exane BNP Paribas called the outcome a "missed opportunity" for Ghosn to lay the groundwork for a full Renault-Nissan merger - the widely expected end result of the companies' ever-closer operational cooperation.

"It's a big disappointment," O'Brien said. "This was a chance to set things up so that if the industrial merger goes according to plan, the financial one becomes a no-brainer."