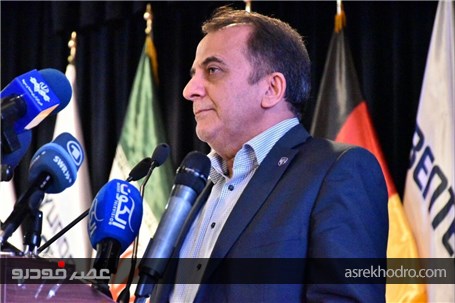 Reporting "Asre Khodro", "We will enter into a contract with Japan’s Datsun in the next few months,” he said of the revived Nissan brand during a meeting with a group of media executives in Tehran.

The contract will be signed before the end of the current Persian year in March 2018, Yekezare said.

Nissan has already said it would send so-called knockdown kits, to be assembled locally, rather than finished autos to Iran and that the automaker was looking to export kits for several thousand vehicles a year.

IKCO’s talks with Nissan for production of affordable cars of high quality began in early 2016, with the Iranian automaker targeting Datsun cars in the price range of $11,500.

The production of Datsun cars can potentially enable IKCO to phase out its dilapidated models in the same price category including the Peugeot 405.

Datsun is a resurrected brand targeting emerging markets. Nissan quit using the Datsun brand in 1981 but revived the nameplate in 2013 for increasing sales to Indonesia, India and Russia.

Iran is the Middle East’s largest auto market with a population of more than 80 million who are estimated to buy more than 1 million cars in 2017.

The automobile industry is seen as Iran’s biggest non-oil sector, accounting for nearly 10% of the country’s gross domestic product (GDP). Iran Khodro and Saipa companies account for more than 90 percent of the total domestic production in Iran.

According to Yekezare, Iran levies tariffs of 40% for imports and 26% for production, which means Iranian customers have to buy the imported cars at bloated prices. Officials say the tariffs are needed to protect the domestic automotive industry, which is the largest in the Middle East and North Africa.

Iran’s automakers have been approaching Honda, Toyota and Mitsubishi in the hope of transferring Japanese technology.

The redesigned Outlander, which curbs use of the conventional engine in favor of the twin electric motors, will be built in Japan and shipped to Iran, it added.

Prior to the 1980s, Japan had a growing presence in the Iranian automotive sector, with brands such as Talbot and Datsun growing in popularity. Japanese cars are still considered reliable compared with other imports like Chinese vehicles.

Cars are the major source of Iranian imports from Japan. Supplies of vehicles like Mitsubishi, Honda and Toyota continued even during the most stringent point of sanctions, though in limited numbers.

Trade balance between the two countries has historically been in favor of Iran, where Japan's foreign policy toward Tehran has been directed toward its thirst for stable and reliable energy supplies. Iran continues to be Japan's third-largest oil supplier after Saudi Arabia and the UAE.

Yekezare said in March 2016 that IKCO wanted Datsun to be its sixth international business partner after signing deals with Japan’s Suzuki, Germany’s Mercedes-Benz, France’s Peugeot and Renault and Italy’s Fiat.

Suzuki Motor has said it was ramping up exports of auto components for assembly in Iran while introducing new models to the Iranian market. The company began producing around 4,000 sport-utility vehicles a year there in 2005, but the sanctions reduced output to a trickle in 2012.

Meanwhile, Mazda Motor resumed exports of some auto parts to Iran in April 2015 and has been expanding exports to the country since then.

Japan and Iran have traditionally maintained a friendly relationship. Prime Minister Shinzo Abe has expressed a willingness to visit Iran for the first time since Takeo Fukuda traveled to the country in 1978 before the Islamic Revolution.