Asrekhodr- The head of the Trade Development Organization announced a reduction in the validity of orders registered in the automobile sector and said the deadline has changed from six months to three months. 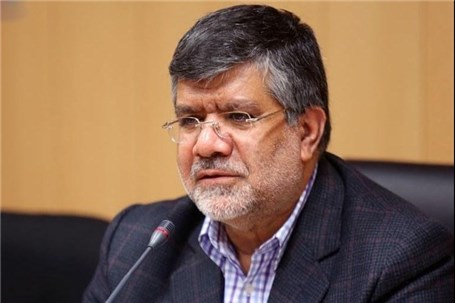 Reporting "Asre Khodro", Mojtaba Khosrotaj, attended at the news conference in the Ministry of Industry, Mining and Trade today morning in a briefing on the state of export and import.

Expressing at this meeting due to the car import tariffs: During the first eight months of this year, 54 thousand vehicles have entered into the country, an increase of 26 percent compared to the same period last year, indicates 9,000 vehicles raised.

The value of these cars is 1.46 billion dollars while last year the value of imported vehicles was 1.32 billion in the first eight months of the year, he also mentioned.

And considering the auto parts, about 3 billion dollars worth of imports will cost the country over the year, which is a high figure in imports of 40 billion, and is far from our policies. On this basis, it is necessary to reconsider this matter, he continued.

he also mentioned to the import of rice and said: "In the first seven months of this year, big amount of rice has arrived to the country, and on this basis ,it is supposed to prevent imports of this commodity to the future notice since There is also strategic storage and domestic production.

Last year, according to all preceding years, a table was set up and sent to the Council of Ministers to decide on it, by the end of the year, but for the first time the government did not approve the law for the Revolutionary Bill of custom Rights.
He also added,
This year, following the negotiations with various ministers we had about this issue and it was finally decided that the goods which are entitled for tariff changes, would be reduced from 570 to 368 as the some of these items that could cause the inflation, were deleted.

There may be some cases, such as raw materials, include reduced tariffs, and others with increased tariffs, he explained.
And he finally reminded:
In order to respect the rights of consumers and prevent items such as hoarding goods, it is not possible to declare the list before applying the law.

The order to stop the increase in vehicles tariffs is binding Government must restore previous car import tariffs Instructions for vehicles importing is announced Detailed importing tariffs for all types of vehicle were announced Renault Lead the Way, Nissan Climb An End to Car Importing Suspension 50% tariff reduction provision for car importers. Latest news on reforming car import tariff The second victim after SEAT on the verge of escaping from Iran Increasing car imports
The car is topped by major imported items Iran Has 4% Share in Renault’s Int’l Sales Renault Exports to Iran Rises by 83% Details of new rules for importing car to Iran New government approval for car numbering of imported and localized vehicles Car imports has been limited The importers hesitation in the production path New details of auto importation guidelines and rules and how to collaborate with foreign auto companies. The car importation order will be blocked until further notice 55% increase in vehicle imports in four months An increase of nearly 130% of vehicle imports by the end of July Iran Government to Choke Auto Imports? Cars Shipped Through Southern Iran Up 85% Renault Trucks signs two agreements with Iranian importer Arya Diesel Motors New Directives of Iran Auto Import Released Car Import only through Investment Deadline for Iranian Car Importers Iran ranked 13th in world passenger cars sales of 2015 Rise of Koreans! Reasons for the Decline in Car Imports in 1394
Back to top