asrekhodro –" According to the law, government is obliged to suspend the implementation of the recent tariffs and restore tariffs to previous amount". This expert said, in an interview with "asrekhodro" and explained more details about Administrative Justice Court's verdict on car imports. 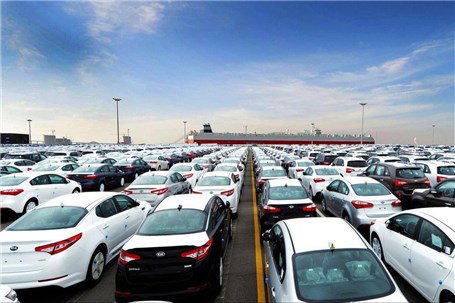 Reporting "Asre Khodro", "First of all, it should be considered that the Administrative Court of Justice has not issued the definitive vote on car imports approval and this verdict is temporary. according to the court's ruling, the government's approval on car imports has not yet been canceled, but, in accordance with the laws of the Court, to prevent more loss of complainants or the general public, until the issuance of a definitive sentence, the Administrative Court voted to suspend the implementation of the recent approval, until final decision to be made and definitive verdict to be issued after that."Zarepour said at the beginning of the conversation, emphasizing that the verdict issued by the court is temporary.

"Administrative Court of Justice has two specialized and general boards on these matters, which every matter is investigated first by the specialized board, and if the plaintiff's objection was deemed appropriate by this board, they will order to stop the execution of the approval. In the next step, this issue will be examined by the General Board of the Court, consist of high ranking judges and advisers to the branches and the chairman of the Court and deputies, and if general board finds the government's approval contrary to the laws of the country and opposing to the rights of individuals, the final vote will be issued for abolition." He said on the next steps in the Administrative Justice Court.

"The process of general board's meeting will not be happen so soon. Due to the amount of the cases and the time of the meetings, final sentence may be issued for even a few months later. But in this period the decision that made by specialized board to suspend the execution will be effective, and so the government's approval is not being temporarily implemented during this period. In this period, previous law on car imports, it will be reestablished. "Said this legal expert on the date of the final verdict.

"The Administrative Justice court is exclusive supreme authority to deal with these issues and can enter into all kind of this matters. Also according to the law, provisions of Article 118 of the Executive sectors "Article 5 of the Law on the Administration of State Services approved on 30 September2007 Executive sectors have to execute the orders of the Court. Disobeying of the provisions of above article, in addition of legally and administrative prosecution will result imposition of other penalties according to the law." He added.

"The government's action to approve the car import instruction, which is the subject of this discussion, has been carried out in accordance with Article 138 of the Constitution of the Islamic Republic of Iran, and the Council of Ministers should defend their approval in the Administrative Justice Court, but, according to the ruling laws of the country, until the issuance of a final verdict, and according to the temporary order of the Court, the government is obliged to suspend the implementation of the approval and restore the tariffs to the previous amount. " He concluded.

The order to stop the increase in vehicles tariffs is binding Instructions for vehicles importing is announced Detailed importing tariffs for all types of vehicle were announced Renault Lead the Way, Nissan Climb An End to Car Importing Suspension 50% tariff reduction provision for car importers. The car registration deadline dropped to 3 months Latest news on reforming car import tariff The second victim after SEAT on the verge of escaping from Iran Increasing car imports
The car is topped by major imported items Iran Has 4% Share in Renault’s Int’l Sales Renault Exports to Iran Rises by 83% Details of new rules for importing car to Iran Car from the new minister's perspective New government approval for car numbering of imported and localized vehicles Car imports has been limited The importers hesitation in the production path New details of auto importation guidelines and rules and how to collaborate with foreign auto companies. The car importation order will be blocked until further notice 55% increase in vehicle imports in four months An increase of nearly 130% of vehicle imports by the end of July Iran Government to Choke Auto Imports? Cars Shipped Through Southern Iran Up 85% Renault Trucks signs two agreements with Iranian importer Arya Diesel Motors New Directives of Iran Auto Import Released Car Import only through Investment Deadline for Iranian Car Importers Iran ranked 13th in world passenger cars sales of 2015 Rise of Koreans! Reasons for the Decline in Car Imports in 1394
Back to top