Asre Khodro: After a widely-hailed accord on Iran nuclear issue was reached in July between Tehran and world powers, senior European officials have been flocking to Teheran to revive diplomatic ties put on ice for more than a decade to snatch a place in the lucrative Iranian market, an expert told Xinhua in an interview. 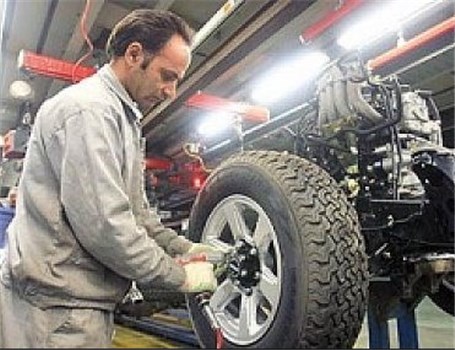 Reporting "Asre Khodro", Thierry Coville, an economist and expert on Iranian issue, said the visits of French foreign minister and German economy minister to Iran, which came shortly after a nuclear accord was reached between major powers and Tehran, mirrored European countries' willingness to regain their places in Iranian market, which according to the expert, was very important for European companies.

"The first trade partner of Iran was the European Union... But because of the sanctions spurred by the United States, European companies have almost disappeared from the Iranian market," added Coville.

According to the researcher at the Institute of International and Strategic Relations (IRIS), European firms have paid a heavy price for the sanctions imposed on Teheran, and by opening its market again, Iran would offer a wide range of business accords to European partners although it would not help to fix growth trouble in the old continent.

He also cited Renault as an example which recorded "100,000 vehicles sold per year in Iran and manufactures a Logan in Iran."

"The potential of the Iranian automotive is enormous," he told Xinhua.

Regarding the aeronautical sector, the French researcher noted that Iran was a lucrative market for Airbus given that the national airline would have to renew its fleet, which meant new order of dozens of aircraft.

Asked about the visit of France's top diplomat Laurent Fabius to Iran Wednesday last week, the first such visit in 12 years, Coville said Paris wanted to open a new chapter in diplomatic ties that were very tense for years.

"France's quite tough line in nuclear talks was heavily criticized in Iranian press. It is accused of being a staunch ally of Israel and Saudi Arabia. This is why the idea is to discuss again, to start with new basis in order to return to a genuine diplomacy with Iran," he added.

"Fabius' visit is symbolic but very important because there was no dialogue between the two countries... The fact that (French President) Francois Holladne has officially invited the Iranian president to France, is the beginning of a new diplomatic era," the expert said.

Earlier this month, Iran and six major world powers reached a nuclear deal ending 12 years of negotiations with an agreement under which sanctions imposed by the United States, European Union and United Nations will be lifted in exchange for cut on Iranian nuclear program.

Sout Korea’s auto exports down 1.6% in Feb. Renault to Return to Iran: Deputy Minister Renault to stay in Iran despite US sanctions M&M plans SUV foray into Iran Automotive Industry in Iran, a short review Automakers are forced to implement new car standards Removing some price ranges from the car market Renault Lead the Way, Nissan Climb An End to Car Importing Suspension The Renault partnership in Russia changes the investment location in Iran
No Cherry-Picking, All Low-Quality Cars Have to Go Details of new rules for importing car to Iran European carmakers on the road back to Iran after nuclear deal Renault has reached to the top market for imported cars in Iran Iran is the place for peugeot to jump the platform What Future for Iran Car Market? France’s Peugeot, Total Looking for Stronger Presence in Iran French Leverage in Iran Auto Industry Iran Carmakers Obliged to Offer 2-Year Guarantees Over 13 million cars in use in Iran Renault Imports to Iran Increase 110% VW's Seat considers selling cars in Iran - CEO Iran to Finalize Deal with Renault in Weeks: Minister Iran Khodro Group Retains 39% Market Share Iran stars as Renault powers to record 2016 sales Renault Duster May Be Obsolete VW to made CNG cars for Iran Iran has potential to be top-10 auto market by 2020 Renault Sales in Iran Up by 127% in September Volkswagen and Skoda look into Iran market entry Renault Looks to Grow Automotive Presence in Iran Iran’s Car Market: Heading High or Low? Peugeot targets 150,000 vehicle sales in Iran in second half A positive political environment has helped Iran’s car market Peugeot to try for making Iran its manufacturing hub in Middle East, Africa Germany’s Bavaria to dispatch trade delegation to Iran on Sept. 4 No request to raise the automobile's price is sound Record Registrations for Groupe Renault in H1 2016 Automotive Targets Highlighted How to seize Iran’s automotive opportunities Renault’s Iranian market share rises 7-fold in post-sanction era VW In Iran Rouhani vows to privatize Iran’s car industry VW and Skoda reportedly eyeing Iran as sanctions lift Japanese traders seek new opportunities in Iran Peugeot and Renault in pole position to enter Iran’s car market Iran Opening Up, The New Land Of Opportunity Picking winners in the race to Iran Azerbaijan not impressed by car opportunities of Iran Impact of Iran deal on the automotive market European car makers strives to regain share in Iran's auto market Iran automotive market ‘on edge to take off’
Back to top