No Cherry-Picking, All Low-Quality Cars Have to Go

Asre Khodro- Head of Iran National Standards Organization has reiterated that “Production lines of all low-quality cars will be halted by 2019.” 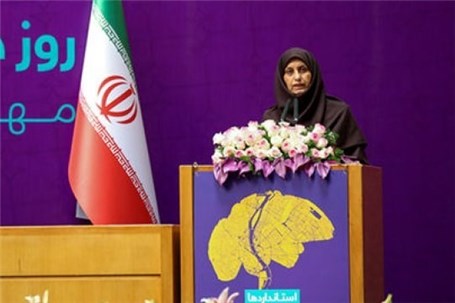 Reporting "Asre Khodro", speaking at a ceremony held on the occasion of World Standard Day on Oct. 17 in Tehran, Nayereh Pirouzbakht said, “Local media has singled out two models namely SAIPA’s Pride and Iran Khodro’s Peugeot 405 as the low-quality cars the production of which should end. However, there will be no cherry-picking; all low-quality cars have got to go” in less than two years.

According to a government mandate, local automakers must acquire production permits for each model from the National Standards Organization. Pirouzbakht says if a vehicle fails to meet the INSO benchmarks by the set date its production permits will be revoked.

Most cars produced by the two main semi-state-owned companies (Iran Khodro and SAIPA) have engines that are no more in use in countries with stringent  environmental rules. They are notorious for high emissions, poor mileage and flaunting safety rules, especially the low-priced sedans.

In the past couple of years, aiming to counter air pollution, the government has announced new and tougher rules to improve the quality of domestic cars and remove the high emission vehicles from the streets. However, it has almost always visibly failed to implement the rules leading to repeated complaints and protestations by the people, environment activists, economic experts, and NGOs.

Furthermore, while government officials have often called on the two companies to respect the minimum environmental standards and curb production of low-quality vehicles, IKCO and SAIPA have refused to comply.

For instance, according to sales and production report released by the Security and Exchange Organization of Iran the low-quality Pride dominated SAIPA’s logbook during the first six months of the current fiscal which started in March.

Most observers and environmentalists are perplexed at the production polices of the local carmakers and their disturbing attitude towards repeated government calls to fall in line when it comes to upholding the rule of law.

Likewise, the governments’ inability or unwillingness to use the full force of the law against the unyielding auto companies for so many years is also open to question in the saturated domestic car market.

Sout Korea’s auto exports down 1.6% in Feb. Renault to Return to Iran: Deputy Minister Renault to stay in Iran despite US sanctions M&M plans SUV foray into Iran Automotive Industry in Iran, a short review Automakers are forced to implement new car standards Removing some price ranges from the car market Renault Lead the Way, Nissan Climb An End to Car Importing Suspension The Renault partnership in Russia changes the investment location in Iran
Details of new rules for importing car to Iran European carmakers on the road back to Iran after nuclear deal Renault has reached to the top market for imported cars in Iran 700,000 worn out vehicles will be retired Iran is the place for peugeot to jump the platform What Future for Iran Car Market? France’s Peugeot, Total Looking for Stronger Presence in Iran French Leverage in Iran Auto Industry Iran Carmakers Obliged to Offer 2-Year Guarantees Over 13 million cars in use in Iran Renault Imports to Iran Increase 110% VW's Seat considers selling cars in Iran - CEO Iran to Finalize Deal with Renault in Weeks: Minister Iran Khodro Group Retains 39% Market Share Iran stars as Renault powers to record 2016 sales Renault Duster May Be Obsolete VW to made CNG cars for Iran Iran has potential to be top-10 auto market by 2020 Renault Sales in Iran Up by 127% in September Volkswagen and Skoda look into Iran market entry Renault Looks to Grow Automotive Presence in Iran Iran’s Car Market: Heading High or Low? Peugeot targets 150,000 vehicle sales in Iran in second half A positive political environment has helped Iran’s car market Peugeot to try for making Iran its manufacturing hub in Middle East, Africa Germany’s Bavaria to dispatch trade delegation to Iran on Sept. 4 No request to raise the automobile's price is sound Record Registrations for Groupe Renault in H1 2016 Automotive Targets Highlighted How to seize Iran’s automotive opportunities Renault’s Iranian market share rises 7-fold in post-sanction era VW In Iran Rouhani vows to privatize Iran’s car industry VW and Skoda reportedly eyeing Iran as sanctions lift Japanese traders seek new opportunities in Iran Peugeot and Renault in pole position to enter Iran’s car market Iran Opening Up, The New Land Of Opportunity Picking winners in the race to Iran Iran important market for European businesses: expert Azerbaijan not impressed by car opportunities of Iran Impact of Iran deal on the automotive market European car makers strives to regain share in Iran's auto market Iran automotive market ‘on edge to take off’
Back to top