Impact of Iran deal on the automotive market

Asre Khodro: Even at a time when Iran’s economy was tied up with economic sanctions that limited its international trade capacities, Iran managed to sell close to a million vehicles – 860,000 passenger vehicles and 125,000 light commercial vehicles – in 2014, enforce Euro IV norms in eight cities and convert all public cars into Compressed Natural Gas (CNG) compliant vehicles. 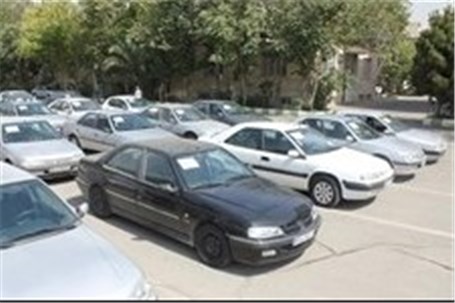 Reporting "Asre Khodro", In addition, it successfully implemented a vehicle scrappage programme to get very old, high-polluting vehicles off the streets.

The prospect of such a country opening up to trade, giving opportunities for global automotive companies to be a part of its growth story, is certainly reason to cheer.

Frost & Sullivan estimates it will take about six months for Iran to be business ready, now that a deal has been agreed upon.

Within this timeframe, the US Congress needs to approve the deal and Iran must start implementing its commitments for the International Atomic Energy Agency (IAEA) to verify the country's compliance.

Passenger vehicles sales will experience a slowdown as customers prefer to delay their purchase in anticipation of new models and increased market competitiveness that would give better value for money.

This will happen even as existing manufacturers try to increase sales before other foreign companies increase their presence; some Chinese brands have even marked off up to 20% of their listed price to woo customers.

Frost & Sullivan estimates that once the market opens, it will take about 18 months for the automotive business to see high growth as Original Equipment Manufacturers (OEMS) will have high inventory stock and buyers continue to wait for new marques and models.

Greater collaboration is expected between Iranian and American, European, and Asian companies, as they will integrate to gain market presence in the country.

Chinese OEMs that have filled the void left by European companies’ exit in 2012 will continue to put up a fierce competition to gain market share.

With over 11 million vehicles on the road, and about a million new vehicles sold every year, Iran makes for a sizable business opportunity that only a few other countries can provide.

Iran has a high literacy rate of 87% and a high internet penetration rate of 57%, but there have been no significant participants in mobility services such as e-hailing or car sharing. This is estimated to lead the way for telematics-based software such as Taxi Dispatch Solution Systems, GPS Tracking, Electronic Toll Collection, and Traffic Data Collection.

Differentiators through digitalisation of retail stores and dealer management software to manage the dealership network will bring the focus on services as well.

Now that Iran is finally at the crux of opening up for business again, the country is truly the largest untapped automotive market with high domestic demand, low labour costs, low energy costs, and scope for many regional markets it can export to.

However, the attractiveness of the market is also determined by the Iranian Government’s efforts to ease regulations to facilitate business in Iran and its efforts to improve relations with other countries.

Sout Korea’s auto exports down 1.6% in Feb. Renault to Return to Iran: Deputy Minister Renault to stay in Iran despite US sanctions M&M plans SUV foray into Iran Automotive Industry in Iran, a short review Automakers are forced to implement new car standards Removing some price ranges from the car market Renault Lead the Way, Nissan Climb An End to Car Importing Suspension The Renault partnership in Russia changes the investment location in Iran
No Cherry-Picking, All Low-Quality Cars Have to Go Details of new rules for importing car to Iran European carmakers on the road back to Iran after nuclear deal Renault has reached to the top market for imported cars in Iran Iran is the place for peugeot to jump the platform What Future for Iran Car Market? France’s Peugeot, Total Looking for Stronger Presence in Iran French Leverage in Iran Auto Industry Iran Carmakers Obliged to Offer 2-Year Guarantees Over 13 million cars in use in Iran Renault Imports to Iran Increase 110% VW's Seat considers selling cars in Iran - CEO Iran to Finalize Deal with Renault in Weeks: Minister Iran Khodro Group Retains 39% Market Share Iran stars as Renault powers to record 2016 sales Renault Duster May Be Obsolete VW to made CNG cars for Iran Iran has potential to be top-10 auto market by 2020 Renault Sales in Iran Up by 127% in September Volkswagen and Skoda look into Iran market entry Renault Looks to Grow Automotive Presence in Iran Iran’s Car Market: Heading High or Low? Peugeot targets 150,000 vehicle sales in Iran in second half A positive political environment has helped Iran’s car market Peugeot to try for making Iran its manufacturing hub in Middle East, Africa Germany’s Bavaria to dispatch trade delegation to Iran on Sept. 4 No request to raise the automobile's price is sound Record Registrations for Groupe Renault in H1 2016 Automotive Targets Highlighted How to seize Iran’s automotive opportunities Renault’s Iranian market share rises 7-fold in post-sanction era VW In Iran Rouhani vows to privatize Iran’s car industry VW and Skoda reportedly eyeing Iran as sanctions lift Japanese traders seek new opportunities in Iran Peugeot and Renault in pole position to enter Iran’s car market Iran Opening Up, The New Land Of Opportunity Picking winners in the race to Iran Iran important market for European businesses: expert Azerbaijan not impressed by car opportunities of Iran European car makers strives to regain share in Iran's auto market Iran automotive market ‘on edge to take off’
Back to top