VW to made CNG cars for Iran

Asr-e-Khodro: CNG Program Director of NIOPDC said that Volkswagen calls for CNG samples from all around the country to design tailor-made gas cars exclusively for Iran. 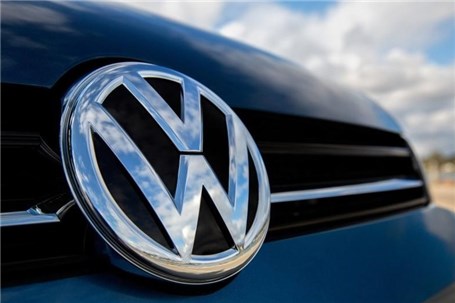 Reporting "Asre Khodro", Ali Mehrabi, the director of CNG program in NIOPDC stated in a press conference that: “approximately a month ago, Volkswagen Company sent us a request to start designing gas cars for Iran by gathering CNG samples from all around the country.”
He continued: “Volkswagen was later granted the license and this highlights the interest of foreign car-manufacturing companies in the potential market of gas cars in Iran.”
“If the domestic car-manufacturing companies let go of their short-term benefits and instead, put focus and investment on gas engines, they wouldn’t fall behind in this market in future”, restated Mehrabi.
The official gave notice on the simultaneous opening of 10 new CNG stations in different parts of the country and said: “These 10 new CNG stations are going to be constructed and opened with the capacity of 16.000 cubic meters per hour in provinces of Tehran, Mazandaran, Ilam, Fars, Khuzestan, West Azerbaijan, and Bushehr and will be operational within the upcoming days.”
He further noticed: “With these stations becoming operational, there would be a total amount of 2.360 CNG stations throughout the country”
Saying that the current CNG stations of the country are capable of providing gas for 7 hours and 30 minutes daily on average, the Director of CNG Program added: “CNG stations are able to give service 24 hours a day, but their gas reserve is only enough for providing gas for 7 hours and 30 minutes a day; we have the capacity to increase this number to 14 hours a day and if so, the current capacity of providing CNG would be 40 million cubic meters per day.”
“At the moment, 21 million cubic meters of CNG is consumed daily in the country and if this amount of CNG was not predicted in the country’s fuel consumption basket, there would be a 23-percent rise in the country’s daily consumption of gasoline,” reported Mehrabi.
Pointing that there has been 40 new CNG stations coming operational in the country from the beginning of 1395, Mehrabi said: “we’ve planned to open another 10 stations within the time left of the current year, so by the end of 95 Persian calendar year, we will have an overall of 50 new CNG stations all over the country.”
He stated further: “As trial, we have implemented e-payment system in CNG stations of Shahriar, so that people won’t face problems of paying in cash and also prevent the CNG stations’ operators from asking for tips.”
“Providing we could sign the contract with the agent bank, we would prepare the ground for all CNG stations of the country to use e-payment systems within a year.” the official suggested.
Regarding the breakdown of some CNG stations, the Director of CNG Program said: “currently, about three percent of CNG stations are not operating, which is mainly due to their malfunction of the equipment or defaults in paying the delayed debts of gas price.”