VW’s Iran Deal on the Anvil

Asre Khodro: Volkswagen is on the verge of signing a deal with a new Iranian auto manufacturer, according to reports from Tehran. 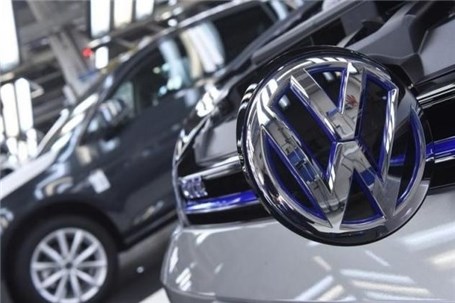 Reporting "Asre Khodro", In the past few months, the German automaker has been in discussion with Iranian companies: Kerman Motor and Mammut Group—the latter being a family-owned operation.

Many industry watchers assumed that since VW had cooperated with Kerman Motor in the past, it would be preferred over Mammut Khodro, an affiliate of Mammut group.

However, on October 5, the local automotive website, Machin3, reported that Mammut Khodro is to become VW’s official representative in Iran.

Prior to the imposition of sanctions, Kerman Motor produced VW’s hatchback model, the Brazilian-designed Gol, but production was halted in 2003.

After the imposition of western sanctions on Iran, Mammut and Volkswagen bypassed the blockade and imported a large number of the New Beetle, Golf and Passat models.

According to an informed source, although the new deal has not been announced yet, Mammut Khodro has already imported a large number of pre-assembled VWs that are to be introduced in the market soon.

Financial Tribune reached out to Mammut Khodro, the group in charge of the VW operation, it confirmed that the deal is going ahead.

“We are going to produce new VWs in Iran and also importing them,” it confirmed.

Further investigations confirm that Mammut Khodro will also be the designated name of the new joint venture products, however their .com website is still under construction.

The soon-to-be JV follows the recent visit of German Economy Minister Sigmar Gabriel who was accompanied by VW officials.

Volkswagen is giving the impression that it is following the example of its French rivals, namely Renault and PSA Group that signed JVs with local companies.

The news of VW coming to Iran also follows recent news of its subsidiary Skoda Auto preparing to enter the domestic market.

In July, Tomas Kubik, the spokesman of Skoda Auto, announced that the Prague-based company has explored the Iranian market and believes that its vehicles will suit the budget of Iran’s middle-class consumers.

Volkswagen’s plan for Iran may follow the well-tried model of its other emerging market operations, which has several subsidiaries and strategies catering for different consumer demands in those regions.

From China and India to Brazil and Argentina, VW has numerous production plants manufacturing parts and vehicles.

Brazil could also be the new model for Iran, as the GDP of both countries remains in the same bracket. The company might use the same industrial and economical template for the Islamic Republic.

The Chinese version of Volkswagen, which caters to that market (like making longer rear passenger doors for Chinese preference) could also be a possible contender for Iranian wallets.

Considering the strong financial ties between Iran and China and the profitability of the Chinese approach to the industry, Volkswagen might find the Chinese template more appealing.

The VW deal comes in stark contrast to other recently signed auto contracts, including those with Renault and PSA Group.

While Renault has signed a deal with state-owned Industrial Development and Renovation Organization of Iran and Peugeot forged a joint venture with IKCO, the unprecedented approach of the VW can be a real game changer in Iran’s auto industry.

At present, Iran is exporting vehicles and parts to other emerging markets like Iraq, Afghanistan and Azerbaijan.

The VW-Mammut Khodro deal will enable Iran to target the regional market, too, as the foreign partner is obliged to export 30% of cars produced in joint ventures with Iran.