What Future for Iran Car Market?

Asre Khodro - Over the past several years there has been a significant shift in how Iranians purchase new cars with the beginnings of broader range of cars and the flurry of financial incentives to support further growth. 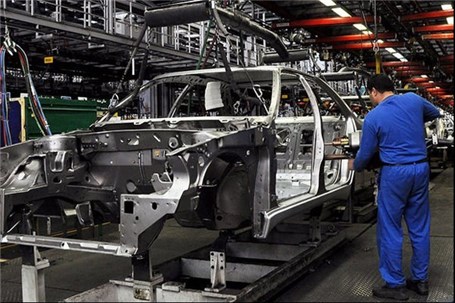 To understand where the market currently stands, one should analyze several factors that are involved in the pricing of cars which vastly differ from locally produced models to imported vehicles from the Far East and Europe.

For those looking from the outside, Iran’s car market is at once both affordable for locally built vehicles but also incredibly overpriced – largely for imports that have tariffs of up to 100%.

For those struggling to understand why the Iranian automotive market is the way it is, they need to first review the years of punitive tariffs on imports that were meant to protect the local car manufactures. Secondly, the lack of foreign investment – until very recently – hampered competiveness that led to conditions in which the local producers ruled supreme with their low quality and relatively expensive models.

The last 10 years of the car industry has seen lack of development and realistic prices due to the long absence of a competitive environment among local producers. The logjam is due to the simple fact that the biggest carmakers, Iran Khodro and SAIPA, control over 85% of market.

Years of international sanctions and economic hostility towards Iran also had a knock-on effect on the industry. A major issue that developed from lack of foreign participation was the over-reliance on existing domestic models, namely the Pride and Peugeot 405 which continue to rollout to this day despite calls from (local inspection and environment) agencies for the car makers to stop producing them.

Lack of R&D has practically stalled the auto industry with only slight alterations made on existing models before being released year-on-year. Was this good for the consumer? No, in fact it was not good for the consumer or the carmakers, as people began to look elsewhere for new and better models.

As the sanctions started showing their gross negative effects, the Chinese came in unaffected by the US-led embargo. Despite the financial restrictions in the years 2011-2015, the Chinese pushed ahead with their competitive prices either as separate operations like in the case of Chery, or teamed up directly with local car companies like SAIPA did with Brilliance.

With the entry of the Chinese and their modern cars, local car prices got the message and started showing flexibility, bestowing rules of competition on the dull market. Some firms even began offering long term financial incentives to survive after years of disturbing monopolies.

Now, with the growing prominence of the Chinese, car prices in recent years are slowly becoming more competitive. Established players like IKCO see a threat to their undeserved supremacy with plans for up to half a million Chinese vehicles built in Iran in the next few years as a major source of panic.

In addition, the existing Chinese competition is only part of a first wave of firms that took advantage during the sanctions. Others are now joining in as in the case of the recently revived Borgward with its plans to start some form of cooperation with local firms.

Imported cars in Iran have always been far more expensive. This is why companies look to set up local assembly to lower costs and expand their market share in the midst of the increased competition.

Imported cars hold higher status than locally produced vehicles as they are deemed better in quality and more reliable.

Despite their appeal, the imported car market in Iran is much smaller than the locally built equivalent standing at 5.7% in the first month of the calendar year that started in March. This market is also beginning to show signs of birth pangs as the list of locally produced cars continues to grow. One example of this growth is Kerman Motor’s deal with Hyundai for production of four small vehicles.

Meanwhile, recent regulations forcing car importers to become official distributors have led to a sea change in purchasing practices by the firms. Smaller dealers who used to bring in less than ten vehicles have been kicked out of the market or have switched to second hand and almost-new vehicles to get round the ban. Instead, big firms with deep pockets have taken over the distribution of car sales in recent years.

Another dynamic development in the import-led market is the lowering of import tariffs by the Rouhani administration on designated hybrid vehicles like the Lexus CT200h and the Toyota Prius. These vehicles are brought to Iran with tariffs as low as 5%, according to Islamic Republic of Iran Customs Administration’s rules on car imports.

One year after the nuclear agreement was signed between Iran and the six world powers, the domestic car market is only starting to show signs of life after years of sloth. The coming years will likely shape up to be a lot more interesting for people looking to purchase a new car.

Sout Korea’s auto exports down 1.6% in Feb. Renault to Return to Iran: Deputy Minister Renault to stay in Iran despite US sanctions M&M plans SUV foray into Iran Automotive Industry in Iran, a short review Automakers are forced to implement new car standards Removing some price ranges from the car market Renault Lead the Way, Nissan Climb An End to Car Importing Suspension The Renault partnership in Russia changes the investment location in Iran
No Cherry-Picking, All Low-Quality Cars Have to Go Details of new rules for importing car to Iran European carmakers on the road back to Iran after nuclear deal Renault has reached to the top market for imported cars in Iran Iran is the place for peugeot to jump the platform France’s Peugeot, Total Looking for Stronger Presence in Iran French Leverage in Iran Auto Industry Iran Carmakers Obliged to Offer 2-Year Guarantees Over 13 million cars in use in Iran Renault Imports to Iran Increase 110% VW's Seat considers selling cars in Iran - CEO Iran to Finalize Deal with Renault in Weeks: Minister Iran Khodro Group Retains 39% Market Share Iran stars as Renault powers to record 2016 sales Renault Duster May Be Obsolete VW to made CNG cars for Iran Iran has potential to be top-10 auto market by 2020 Renault Sales in Iran Up by 127% in September Volkswagen and Skoda look into Iran market entry Renault Looks to Grow Automotive Presence in Iran Iran’s Car Market: Heading High or Low? Peugeot targets 150,000 vehicle sales in Iran in second half A positive political environment has helped Iran’s car market Peugeot to try for making Iran its manufacturing hub in Middle East, Africa Germany’s Bavaria to dispatch trade delegation to Iran on Sept. 4 No request to raise the automobile's price is sound Record Registrations for Groupe Renault in H1 2016 Automotive Targets Highlighted How to seize Iran’s automotive opportunities Renault’s Iranian market share rises 7-fold in post-sanction era VW In Iran Rouhani vows to privatize Iran’s car industry VW and Skoda reportedly eyeing Iran as sanctions lift Japanese traders seek new opportunities in Iran Peugeot and Renault in pole position to enter Iran’s car market Iran Opening Up, The New Land Of Opportunity Picking winners in the race to Iran Iran important market for European businesses: expert Azerbaijan not impressed by car opportunities of Iran Impact of Iran deal on the automotive market European car makers strives to regain share in Iran's auto market Iran automotive market ‘on edge to take off’
Back to top