Iran Opening Up, The New Land Of Opportunity

Asre Khodro: Opinions surrounding the recent deal struck between the 6 UN power nations and Iran abound, everyone seem to have one or two. 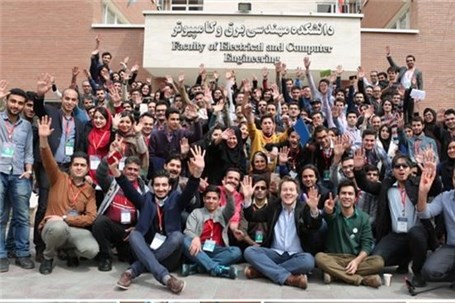 Reporting "Asre Khodro", Some have labeled as a horror, including Donald Trump.

That sentiment that seems to be shared by the rest of the Republican presidential field too.

On the other side of the aisle US President Barack Hussein Obama and his supporters heralded the accord as historic and a resolution to “the most consequential foreign policy debate that the US has had since the invasion of Iraq.”

The consequences of the nuclear accord are polarizing depending where one stands politically. But one thing is very clear, the sudden inclusion of a country with a population of 80-M, 80% of whom are under the age of 32, and a $400-B economy (the 2nd largest in the Middle East behind Saudi Arabia) into the international financial marketplace holds dramatic implications for investors and corporations across the world.

What actually happened after 13 years of negotiations:  On 14 July 2015, an agreement was reached between Iran and the United States, Russia, China, United Kingdom, France and Germany. This agreement as enacted will lift economic sanctions on Iran’s energy, trade and financial sectors, and could come into effect in as little as 6 months time. The lifting of sanctions comes with a lots requirements that must be fulfilled on Iran’s side, including allowing, “the most comprehensive inspection and verification regime ever negotiated to monitor a nuclear program.”

The list of requirements and caveats are numerous, but (the political rhetoric aside) the Big Q is this: How investors should look to capitalize on what is being called a once in a lifetime investment opportunity?

The Key thought that comes to my mind in any discussion of investment in Iran or the Middle East as a region is the Oil & Gas industry. It is true that Iran holds the world’s 4th largest Crude Oil reserves and the largest supply of Nat Gas, Iran is very much more than just another Oil-rich Middle Eastern nation.

For instance: Iran’s manufacturing and automotive sectors are primed to be early benefactors of the lifting of economic sanctions. According to Iran’s inudstry minister, Mohammad Reza Nematzadeh, Iran’s manufacturing industry grew by 6.7% last year, and Iran hopes to 3X their car manufacturing output to 3-M cars per year by Y 2025.

So tune out the noise and stay tuned as this opening up of Iran happens.

Sout Korea’s auto exports down 1.6% in Feb. Renault to Return to Iran: Deputy Minister Renault to stay in Iran despite US sanctions M&M plans SUV foray into Iran Automotive Industry in Iran, a short review Automakers are forced to implement new car standards Removing some price ranges from the car market Renault Lead the Way, Nissan Climb An End to Car Importing Suspension The Renault partnership in Russia changes the investment location in Iran
No Cherry-Picking, All Low-Quality Cars Have to Go Details of new rules for importing car to Iran European carmakers on the road back to Iran after nuclear deal Renault has reached to the top market for imported cars in Iran Iran is the place for peugeot to jump the platform What Future for Iran Car Market? France’s Peugeot, Total Looking for Stronger Presence in Iran French Leverage in Iran Auto Industry Iran Carmakers Obliged to Offer 2-Year Guarantees Over 13 million cars in use in Iran Renault Imports to Iran Increase 110% VW's Seat considers selling cars in Iran - CEO Iran to Finalize Deal with Renault in Weeks: Minister Iran Khodro Group Retains 39% Market Share Iran stars as Renault powers to record 2016 sales Renault Duster May Be Obsolete VW to made CNG cars for Iran Iran has potential to be top-10 auto market by 2020 Renault Sales in Iran Up by 127% in September Volkswagen and Skoda look into Iran market entry Renault Looks to Grow Automotive Presence in Iran Iran’s Car Market: Heading High or Low? Peugeot targets 150,000 vehicle sales in Iran in second half A positive political environment has helped Iran’s car market Peugeot to try for making Iran its manufacturing hub in Middle East, Africa Germany’s Bavaria to dispatch trade delegation to Iran on Sept. 4 No request to raise the automobile's price is sound Record Registrations for Groupe Renault in H1 2016 Automotive Targets Highlighted How to seize Iran’s automotive opportunities Renault’s Iranian market share rises 7-fold in post-sanction era VW In Iran Rouhani vows to privatize Iran’s car industry VW and Skoda reportedly eyeing Iran as sanctions lift Japanese traders seek new opportunities in Iran Peugeot and Renault in pole position to enter Iran’s car market Picking winners in the race to Iran Iran important market for European businesses: expert Azerbaijan not impressed by car opportunities of Iran Impact of Iran deal on the automotive market European car makers strives to regain share in Iran's auto market Iran automotive market ‘on edge to take off’
Back to top