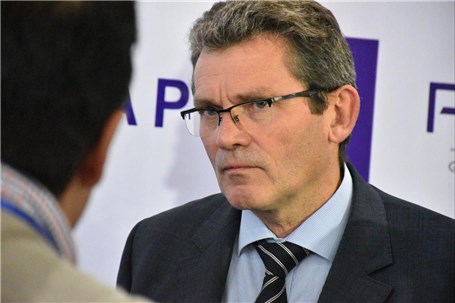 Peugeot to try for making Iran its manufacturing hub in Middle East, Africa

Reporting "Asre Khodro", Quemard said that Peugeot plans to offer 30 percent of its joint products with Iran Khordo Company (IKCO) in markets across the region.
“After two years of negotiations, we have reached satisfactory conclusions with IKCO,” Quemard said, “and all the expectations of the Iranian Ministry of Industry have been fully met.”
As he informed, the Peugeot-IKCO car-manufacturing company, known as IKAP, will make €400 million within the five next years and by the time being, each side has primarily fulfilled its commitments.
Answering a question on the losses Iran incurred when the French carmaker left the country in 2011 due to the international sanctions, the company’s official said that both sides have reached some conclusions and are implementing the signed contract in this regard.
As reported in mid-August, an official at Iran’s Ministry of Industry announced that France’s Peugeot began compensating for its previous contract with Iran.
Amir Hossein Qanati, the director general of Automobile and Automotive Industries Department at the Ministry of Industry, Mine and Trade, said the French company will make amends for all losses of earlier deals on the basis of a signed contract while the Iranian ministry requires that both parties fulfill their obligations in full.”
“Peugeot will fully recompense Iran though not necessarily in cash payments,” underlined the official asserting that “the amount will be paid to Iran in the course of the agreement together with other obligations like implementation and installation of production lines as well as sales or exports.”
Peugeot had left Iran in 2011 and Iran has set punitive contracts for the French company. The company is obliged to pay €427.6 million as compensation and Peugeot’s final business share will be the very low figure of only 15 percent.