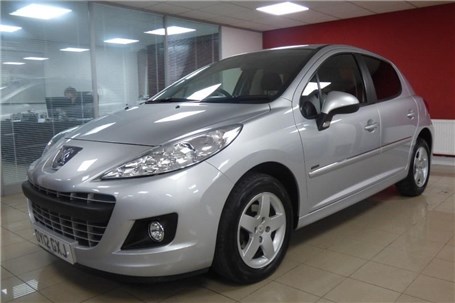 When will Azerbaijan start producing Peugeot 207?

Asre Khodro:Azerbaijan is taking further steps for developing its own automobile manufacturing market to increase the local production and decrease import dependence.

Azerbaijan is taking further steps for developing its own automobile manufacturing market to increase the local production and decrease import dependence.

In the coming months, production of new Peugeot 207 will begin in Azerbaijan's Neftchala Industrial Zone, Chairman of the Board of AzerMash OJSC Emin Akhundov told Trend. Production will begin this summer, he noted.

"The price of Peugeot 207 cars, equipped with an automatic transmission will be 17,500 manats. We are currently negotiating with the French side and are discussing some details, and we plan to start production in early July," Akhundov said.

He noted that the assembly of the Peugeot model 407 began at the car plant in the Neftchala in February 2019, and the cars produced are already on sale in the country's car market at a price of 17,500 manats.

Production of cars in the Neftchala Industrial Zone was organized by AzerMash together with the Iranian automobile company Iran Khodro Industrial Group (IKCO). Joint Azerbaijani-Iranian Khazar plant opened on March 29, 2018.

The total cost of the project is estimated at $14.08 million. Azerbaijan holds 75 percent share while 25 percent belongs to Iran. Regarding the quality, the brand received the quality certificate of "Euro 5". Cars have been sold since summer 2018.

Currently, produced cars are designed for the local market. After a certain time, with obtaining a license to sell abroad, these cars will be exported to the CIS countries. Initially, Azerbaijan will supply Peugeot to the Ukrainian market.

Automative sector is currently developing fast in Azerbaijan, as more plants engaged in the production of cars are being launched across the country. According to the Market Analysis Azerbaijan 2019, production in the automotive industry of Azerbaijan will reach $20 million this year and $70 million by 2022.