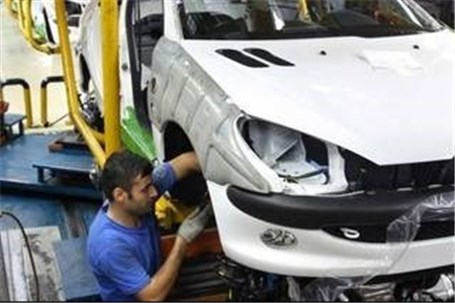 Reporting "Asre Khodro", Peugeot which is set to manufacture the  2008 crossover model before the end of the fiscal year in March as part of a new joint venture with Iran Khodro called IKAP, wants to include local auto parts makers in its future productions.

In the visit to the Tabriz-based firms, the French team took stock of the potentials of the local companies.

One of the companies they toured included the Iran Tractor Manufacturing Foundry Company (IRTRF), which unlike its name, produces several types of auto parts including engine segments, axles and gear differential parts.

Annual output of the IRTRF foundry is above 50,000 tons of finished parts, 10,000 tons of which is exported to regional markets.

The Peugeot officials also visited one of the major  piston makers in the Middle East -- Iran Piston Manufacturing Company, which plays a crucial role in the domestic auto industry and is a key supplier to the two top carmakers, IKCO and SAIPA.

The visit by the French follows an agreement by Iran’s Riseco (Rise Investment and Strategy Extension Company) and Monaco-based Mecaplast which signed a Memorandum of Understanding on February 23 in  Paris to create a joint venture. The PSA Group supplier looks to produce automotive plastic parts including door panels and dashboard parts in partnership with the Iranian firm.

Mecaplast’s move into the Iranian market follows a push by local companies to team up with European parts makers to improve the quality of local parts which have been rated as poor in recent years.