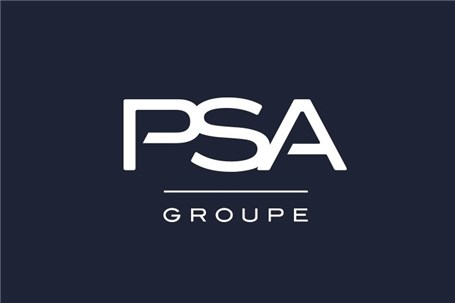 Peugeot has to procure 30% of parts for Algeria from Iran

Asrekhodro- French carmaker PSA Group has to procure 30% of auto parts at its Algeria site from Iran under its agreement with the country's leading automaker Iran Khodro (IKCO), a car parts maker says.

Reporting "Asre Khodro", “According to the signed contract, 30% of the parts necessary for production should be sourced from Iran,” said Mohammad Reza Najafi-Manesh, a member of the presiding board of Iranian Auto Parts Manufacturers Association.

Peugeot signed a joint venture worth around 100 million euros last November to produce cars for the Algerian market, with the production line  due to become fully operational in 2019.

Algeria was one of the importers of Iranian cars in 2016, along with Iraq, Lebanon, Turkmenistan and Syria.

According to Ministry of Industries, Mining and Trade, Iran’s auto exports totaled $36.6 million in 2016. Najafi-Manesh said Iran is targeting $6 billion in auto exports in its vision plan, for which $3 billion of investment is needed.

PSA, the maker of Peugeots and Citroens, signed deals worth 700 million euros with Iran Khodro last May for the joint production of 200,000 cars per year.

Since the lifting of sanctions in January 2016, French automakers have piled into Iran’s resurgent market, turning around a period of slipping sales which occurred when they left the country in 2012.

A senior French finance official said on Thursday France will encourage its firms to do business in Iran despite US President Donald Trump’s threats putting the business environment in “limbo”.

“We are encouraging companies to keep doing business in Iran,” Joffrey Celestin-Urbain, director of bilateral relations at the finance ministry, told a Euromoney Iran conference in Paris.

Nicolas Dufourcq, the head of state-owned investment bank Bpifrance, said his institution was working out a scheme for deals worth 1.5 billion euros, which could start operating by end-May or early-June

He said talks were underway with Iranian authorities on how to protect investment if the US reimposed sanctions on the Islamic Republic.

Trump has set a deadline of mid-May for US Congress and the Europeans to change what he calls the “worst deal ever” with Iran or see him leave the international nuclear agreement.

“We are in limbo on the international scene. Nobody knows what will happen after May. This is the uncertainty our French companies are facing and this is something you have to take for granted if you want to do business in Iran,” Celestin-Urbain said.

Other European officials said the EU could put in place “blocking regulations” to ensure that its companies continue doing business with Iran if the United States pulls out of the deal.

Those measures were agreed in 1996 as a countermeasure to the US extraterritorial economic sanctions against Cuba. EU governments said the sanctions were crafted to serve US interests at the expense of Europe.

“It could be revived or put back, but only if it is clear that the US is putting back sanctions with extraterritorial sanctions and that they are being applied,” Denis Chaibi, head of the Iranian task force at the EU’s external action service, told the Paris conference.

Without protection, the US levied nearly $9 billion (5.34 billion pounds) in fines from French lender BNP Paribas in 2014 for processing Iran-related transactions.