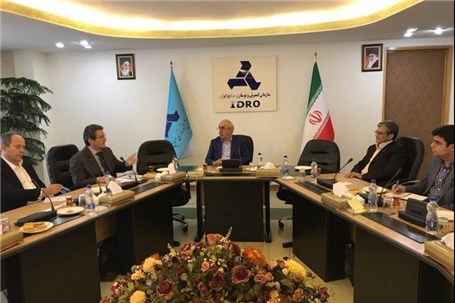 Asre Khodro- Executive Vice-President of PSA Group (Peugeot-Citroën) for Africa and the Middle East says that lack of liquidity is hindering Peugeot’s operations in Iran.

Reporting "Asre Khodro",  Jean-Christophe Quémard says, “The lack of investments for purchasing and importing auto parts is impeding Peugeot operations in the country.”

Quémard was speaking at a meeting with the Head of Industrial Development and Renovation Organization of Iran Mansour Moazemi over the weekend in Tehran, IDRO News reported.

The French automotive giant and Iran Khodro have a €400-million joint venture deal dubbed IKAP which was signed in June 2016. Through the 50-50 joint venture three models—Peugeot 208, 2008 SUV and 301 compact — are to be manufactured in Iran.

According to sources familiar with the deal, IKCO has failed to come up with the investment for importing auto parts. This is while the major carmaker officially inaugurated production lines of Peugeot 2008 in May and soon after started pre-sales of the model.

Previously, it had been announced that the first cars produced under the JV were set to arrive in the local market in February 2017, with an annual target of 200,000 vehicles by 2018.

According to statistics released by the Ministry of Industries, since Peugeot 2008’s production line was ‘launched’, only four units of the model have been produced.

The official with the French automotive giant also mentioned other constraints with regard to its future operations in Iran. “PSA Group has not received the permits to open its offices in Tehran.”

The IDRO chief has promised to look into the matter.

Local automotive companies are infamous for dodgy practices including price gauging. Foreign brands produced./assembled in Iran are often priced significantly higher than what they usually cost in international markets.

However, IDRO and other government bodies have said that they are encouraging  local carmakers to make and sell affordable vehicles. However, the upstart automakers have ignored the government’s oft-mentioned mantra as the high and rising prices have become a  norm rather than the exception.

For instance last week the price of Renault’s Captur model, sold by IKCO, was increased by a massive 9%. The small SUV is now being sold for 1.2 billion rials ($30,000) while it can be bought for $25,000 in the international market. The company has not provided any reason for the sudden increase.

During the Tehran meeting, Moazemi inquired why Peugeot 2008 is priced so high. Quémard said that less than 20% of parts used in Peugeot 2008 are produced in Iran and the rest are imported. The high foreign exchange rate has compelled  the French company to raise prices.

He clarified that to decrease prices the share of locally manufactured parts in IKAP products should increase.

During the meeting, Quémard said PSA Group would be interested in producing electric and hybrid vehicles in Iran. He added that the French automotive conglomerate has considered the production of six and eight-speed automatic gearboxes and engines in the country.

However, for the new projects a trilateral deal between PSA Group and Iran’s two major carmakers, IKCO and SAIPA, should be reached, he was quoted as saying.

In addition to IKCO-Peugeot joint venture, PSA Group has a separate production deal with SAIPA through its Citroën brand.