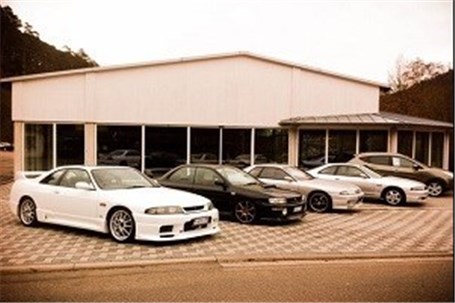 Car Import only through Investment

Asre Khodro - The higher share of some brands of foreign automakers in Iran market and their distaste to invest and joint product here made the Ministry of Industry, Mine and Trade to submit an importing plan to the government.

Reporting "Asre Khodro", the new round of Iranian automakers cooperation with foreign partners has started in a situation while two French automakers (Renault and Peugeot-Citroen) are again the primary co-production partners of car in Iran. While The Korean brands such as Hyundai and Kia, who have had the largest market share of imported cars in the country or Japanese automakers like Toyota are not willing to cooperate in vehicle production in Iran.

This made the Ministry of Industry, Mine and Trade to propose a plan to the government which in case of confirmation and accomplishment, the importing of foreign cars will be subject to investing in co-production or independent production of cars in Iran in accordance with the number of foreign cars imported.

“In this plan which is proposed to the Cabinet to be checked and confirmed, only foreign automakers who invest and provide a road plan production in Iran will be allowed to export vehicles to Iran”, Director General of the automotive industry of the Ministry of Industry, Mine and Trade in an interview.

This procedure is also commonly used in most developed countries such as USA and foreign companies are required to invest in joint production of industrial goods in these countries in order to sell their industrial products there.
“The reality is that Korean and Japanese carmakers which have a big share of our imported cars market, are not willing to cooperate with Iranian partners, and maybe one reason is their higher share in Iranian market”, added Amir  Hossein Ghanati.

According to the facts, during the first 6 months of this year (1395) imports of foreign cars statistics show that Hyundai, Kia and Toyota were again the top exporters of cars to Iran.
During this period, 32 thousand and 428 vehicles worth $ 850 million and in 56 model are imported.