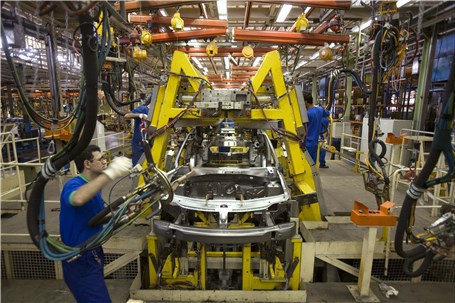 Iran: The next automotive hotspot in Middle East?

Asre Khodro: Cooperation with foreign auto industries and the resulting modern technology as well as vast options in models and makes will give the push needed to make Iran an automotive hub in the Middle East, an industry expert said.

Abraham was commenting on the new analysis entitled “Strategic Overview of the Passenger Vehicle Market in Iran” by Frost & Sullivan.

The recent lifting of economic sanctions on Iran has burnished the country’s reputation as a business hotbed, with the automotive market expected to grow at a compound annual growth rate of 13.4 per cent from 2014 to 2022, the report said.

Unsurprisingly, global original equipment manufacturers (OEMs), suppliers, and other market participants are exhibiting unprecedented eagerness to be a part of the Iranian growth story.

Iran holds huge potential in a market that is already in its growth phase, the report said.

The country’s high levels of localization support and its production capabilities have earned it the status of an export hub for the Middle East. This could potentially alter the way OEMs and suppliers do business in the region.

Despite being the largest automotive market in the Middle East in 2014, with sales of more than 860,000 cars, Iranian suppliers’ processes leave a lot to be desired in terms of efficiency and eventually, product reliability. A key reason for this was the technology void left in the passenger vehicles market due to the long American boycott of, and early European exit from, Iranian markets.

“Iranian OEMs lack the powertrain technology, build quality, and finesse of foreign companies, and would benefit immensely from partnering with them,” Abraham.

“Almost the entire automotive industry is open to partnering, as international technology, modern production lines, and finance is the need of the hour.”

However, the Iranian passenger vehicle market is a complex space, with the Government having stakes among OEMs and suppliers. While the protectionist policies and high localization mandates raise the entry barriers for foreign companies at the cost of quality, they also boost local economy and employment.

Chinese OEMs are already offering up to 20 per cent discounts to entrench themselves before western companies can enter the market, but customers are likely to defer purchases until western vehicles are available to them.