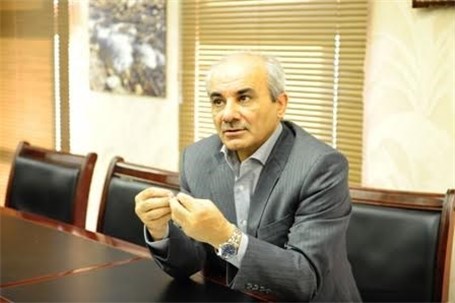 In an interview with Saeed Madani, the former CEO of Saipa some changes were notified:

Asrekhodro- With the implementation of the first stage and the mandatory requirement of 61 new standards by the end of this month, the production of 15 types of cars in domestic automobile companies has been stopped and it is stipulated that two other standards will be in place by July of the following year and the implementation of 22 standards will be required from the beginning of the year. And be executed in the period of next two years at the latest.

Reporting " Asre khodro", Standards that, according to officials of the Ministry of Industry and Automobile Companies and many automotive industry experts, will end the production and supply of low and middle class low priced cars on the old platforms, according to these mandatory standards will definitely not be lower than 35 to 40 million tomans.
This condition has prompted some Iranian automakers and their foreign partners to stop the production of some of their products at the final stage of implementing new standards; a topic which Ramtin Esmaili, director of the Renault Pars company at a recent news conference, said that by executing All new mandatory car standards up to 2020, even the Tondar 90 and Sandro cars will not be able to meet these standards because the cost of upgrading these cars and adapting them to new standards is too high and replace these vehicles with new platform-based seems more Affordable.
On the other hand, the car industry officials pointed to the lack of infrastructure for the implementation of some of these standards, the possibility of negotiating with the National Standardization Organization for the suspension or cancellation of some new car standards.
However, according to experts, automakers do not have any options but offering cars based on new platforms and complying with 85 mandatory standards, as customers' expectations from domestic and imported cars have increased, and to provide the car, they compare the quality and price of cars, either domestic or imported production.
In the first part of the interview with Saeed Madani, former CEO of Saipa and car consultant, former Minister of Industry, Mining and Trade, we put forward some of the challenges of implementing the new mandatory car standards.
To what extent are  required to meet these standards in low and middle class products?
It seems automakers are planning to implement these standards, but it's not clear how far they are able to pass the new obligations with their old platforms. The fact is that with the program that the National Standardized Organization has for withdrawing vehicles with an old platform that is not capable of enforcing mandatory standards, it may be more reasonable and rational to stop the production of many cheap and medium-priced or low-cost car vehicles at the present time.
But now, the best mid-range products, such as the Tondar 90 or Peugeot platforms, will not be able to meet all of the new car standards, with which conditions, will the production stop in all of the vehicles on that price range ?
The best way to stop producing such cars and replacing it with new platforms such as Sainaand Quick is by Saipa instead of Pride or Dena with Peugeot by Iran Khodro. Because these cars are up to date and have the ability to pass new standards by these cars is more than the old ones, and it's easier to fit with nowadays technology.
But car makers and some ministry officials say that they do not have the infrastructure to implement some of these standards, such as Street Stroke Sensors or Intelligent Brakes, with these conditions, could it be said that these standards would be facilitated or abandoned by bargaining, or you consider these standards enforceable. ?
The fact is that the automobile industry is not limited, and when a vehicle with new standards is introduced through imports or localized production, customers become accustomed to these standards and these automotive companies will also have to go to the implementation of these standards. Now it's not like old times,  people do compare the car's quality and prices.
In this regards the cooperation with foreign auto companies, these car manufacturers must be required to comply with new standards and, on the other hand, localizing 40% of these cars in the contract should be  continuously supervised. But at the moment, the problem with our foreign car partners is that these contracts are not monitored.