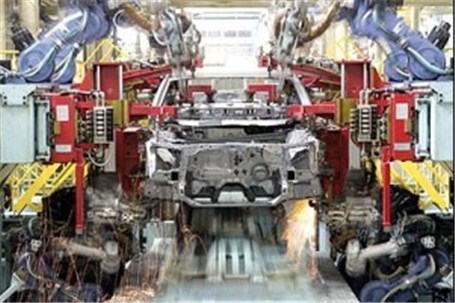 Asre Khodro: Iran’s automobile industry is expected to prosper following the removal of the international sanctions from the country under the recent nuclear deal between P5+1 and Iran.

Reporting "Asre Khodro", The race has tightened for foreign automakers' access to Iran’s auto market. European manufacturers, which were forced to leave the Iranian market under international sanctions, are now in talks with the Islamic Republic to regain a share in Iran’s vast car market.

German company Mercedes-Benz plans to purchase a 30 percent stake in Iranian Diesel Engine Manufacturing Company in order to produce autos in the city of Tabriz.

Hashem Yekeh Zareh, the CEO of Iran Khodro Industrial Group has said Iran and Mercedes-Benz would sign a 10-year agreement to produce trucks and buses in Iran.

Yekeh Zareh said that German Mercedes-Benz was a major partner for Iran before sanctions, and the company seeks to re-open its office in Tehran within next two to three months.

He also added that Mercedes-Benz wants to purchase 50 percent of Setar-Iran company (Iran Start) and sign a 5-year agreement to produce sedans.

The other leading German carmakers are also willing to return the Iranian market should the sanctions on Iran are lifted.

An Iranian official said Volkswagen could also become a reliable partner for Iran, in meantime adding that Iran Khodro may sign a deal with German Daimler AG to produce commercial vehicles and luxury cars as soon as three to four months from now.

Representatives from the French automobile industry were also striving to restore their previous share of the Iranian auto market.

Yekeh Zareh said 30 percent of the cars produced would be exported, adding that French Peugeot and Renault as well as Japanese Suzuki have already agreed to return to Iran.

Iran, however, remains furious with the giant French carmaker Peugeot for withdrawing from the country in 2012 amid Western sanctions.

Yekeh Zareh said Iran will take its national interests into account and choose a partner that is strong and committed to its obligations.

The CEO of IKCO said that before sanctions Peugeot held 22 percent of Iran's car market, but withdrawal from Iran caused huge losses for the company.