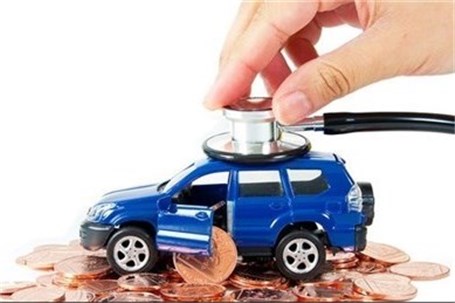 Asre Khodro - Parliament passed a bill on Tuesday that obliges all local automakers and importers to provide a minimum two-year guarantee to people who buy their new cars.

Reporting "Asre Khodro", The Rouhani administration has been pushing state-owned car producers to improve customer service and their poor reputation following years of low-quality products and rising prices charged by the duopoly of SAIPA and Iran Khodro.

The bill was passed with 147 votes in favor and 19 against in the 290-member chamber, Tasnim News Agency reported.

According to the bill, the guarantee should include free of charge repair or/and replacement of all spare parts — mechanical and electronic. Moreover, the company will also pay the full costs of the repairs.

In addition to these requirements, the auto importers are also obliged to provide all the after-sales services similar to the parent company’s offer in its country of origin.

SAIPA and Iran Khodro have not commented on the much-awaited move by the legislature nor have they said if they will honor the new ruling with immediate effect. Many people who buy cars from the two companies have for years complained about the quality of the vehicles and poor after-sales services. Criticisms and complaints have also been sent to some foreign companies selling low quality vehicles in Iran.

Lawmakers also approved a bill that obliges carmakers and importers to a maximum emission rate for their vehicles.

Starting with immediate effect, cars with higher emission rates than threshold would not get number plates and therefore will be rendered unusable.

The bill also puts Iran Standard and Quality Inspection Company (ISQI) in charge of monitoring the implementation of the bill that will become law after it is endorsed by the powerful Guardian Council.

As such, ISQI will also be in charge of inspecting all auto parts — made locally or imported  to ensure whether or not they comply with emission regulations.

The inspection organization, however, does not have the power to fine the carmaker or the auto parts makers if their products are deemed of low quality.

ISQI releases monthly reports on the overall build-quality of cars pouring out of the assembly lines of the biggest car makers and rates their overall score into a 5-star system.

So far, no car produced in Iran has ever scored more than a 4-star rating, these include Renault’s newly launched Sandero and Sandero Stepway models as well as Chery’s newer vehicles.

During the same meeting the lawmakers also raised the issue of upgrading Iran’s current emission regulations to meet international standards.

Eyeing cleaner air, Tehran Municipality had earlier proposed a Low Emission Zone scheme. Although attempts have been made to implement the scheme in past three years and even after the official launch of the scheme, Tehran air quality has not seen any improvement. The capital city of almost 12 million people is one of the most polluted metropolises in the3 world largely due to the large numbers of gas guzzlers (new and old cars) plus the existence of dilapidated public transport buses plying the overcrowded streets.