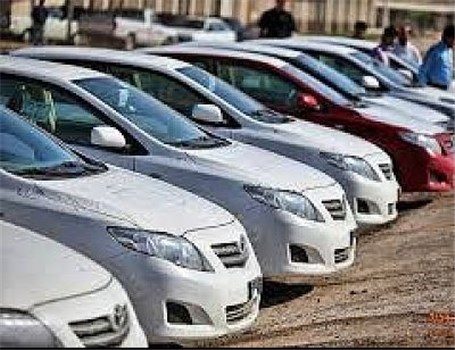 Azerbaijan not impressed by car opportunities of Iran

Asre Khodro:The markets in Iran are changing rapidly and neighboring friendly country Azerbaijan has been watching these changes closely.

Reporting "Asre Khodro",The lifting of sanctions imposed by the UN Security Council, the United States, and the European Union, earlier on Iran, raises questions on the consequences for the world economy and international economic relations.

To date, German car manufacturer Mercedes-Benz plans to buy 30 percent of the Iranian Diesel Engine Manufacturing Company based in Tabriz.

Iran and Mercedes-Benz will also sign an agreement for a period of 10 years for the production of trucks and buses in Iran, Iran Khodro Managing Director Hashem Yeke Zare told Trend. No wonder, since before Western sanctions, Mercedes-Benz had been a major partner for Iran.

Moreover, Mercedes-Benz intends to acquire a 50 percent stake in the Iranian car manufacturer Setar-Iran and sign a five-year agreement on the production of passenger sedans.

Following Mercedes-Benz, the German automotive concern Volkswagen could also become a reliable partner for Iran. German Daimler AG, a producer of luxury cars, could also sign an agreement with Iran Khodro in the next three-four months, Zare said.

The French Peugeot intends to establish a joint venture with Iran to produce cars, 30 percent of which will be exported, he added. Major automakers like the French Renault and the Japanese Suzuki also expressed willingness to return to Iran.

This situation will inevitably impact the car market of neighboring Azerbaijan, which switched to the Euro 4 ecological standard in April 2014.

Azerbaijan with a population of 9.6 million is now saturated with over 1.2 million cars, and in 10 years, the number of cars is expected to reach 3 million. Such a large number of vehicles negatively affect the environment, which is why Azerbaijan switched to Euro 4 bypassing the Euro 3 standard.

Today, only newly produced cars can be imported to Azerbaijan, which decreased its total imports by about 40 percent in 2014.

This year, so far 17,640 cars were imported in Azerbaijan; that figure was 34,359 for the first half of last year. The number speaks for itself, showing the efficiency of the Euro 4 standard.

Thus those in Azerbaijan with concerns over older cars being imported from Iran need not worry. According to the Euro 4 standard, Azerbaijan can import cars from Iran produced no later than 2009.

Azerbaijani car market not thrilled by the news

Expert economist Oktay Hagverdiyev told AzerNews that the situation could affect Azerbaijan, but only slightly, as cooperation between two countries is mainly focused on energy.

“Azerbaijan did not buy cars from Iran. Even if Mercedes-Benz and Volkswagen start manufacture in Iran, Azerbaijanis will prefer cars produced in Russia, for instance,” he believes.

Hagverdiyev went on to explain, “All these companies were presented in Iran before, but it was not observed obviously, the production was aimed at the internal market of Iran.”

“Now companies are thinking before returning to the Iranian market, which can be filled in a year or two, and then the production will fall sharply, and a loss of investment is evident,” he added.

Customers in Azerbaijan are quite scrupulous in choosing a car, its quality and country of manufacture, especially when it comes to expensive models.

As new production in Iran is not expected to change the car market, the obvious change in price is also not an issue.

Azerbaijan imports cars mostly from Georgia, however, after the transition to Euro 4, imports declined. Some 2,207 cars worth $41.4 million were exported from Georgia to Azerbaijan in January-June 2015. This is 5.4 times less than in the same period of 2014, the Georgian National Statistics Service said.

In the meantime, Iran plans to produce its cars in Azerbaijan. Iran Khodro is negotiating with the Azerbaijani side to build a car assembly plant in Azerbaijan, IKCO Managing Director Hashem Yeke Zare told Trend.

The plant will be built using an Azerbaijani businessman’s investments, and the production will start roughly two years after obtaining the license.

The company also plans to manufacture 10,000 cars per year in Azerbaijan, which will be exported.

Overall, last year was marked by a decrease in car imports and a car production increase in Azerbaijan.