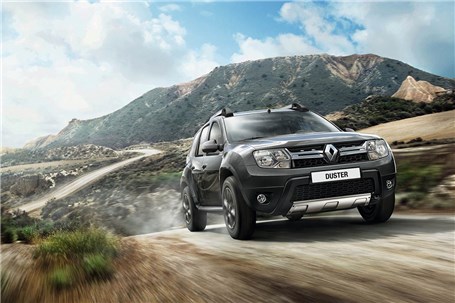 Renault Duster May Be Obsolete

Asre Khodro - In a latest overview of the development of Renault’s sub-brand Dacia, Just-Auto, based in the UK, notes that when the Duster finally enters production in Iran, it could be superseded by a new model.

Reporting "Asre Khodro", In September 2016, Renault announced that as part of a new JV with Iran’s  Industrial Development & Renovation Organization of Iran (IDRO), the Duster and Symbol would be built in that country from 2018.

However, according to new information on the development of that model, the Iran-produced Duster may be an obsolete version when it rolls of the future production line.

Developed with the H79 project code, the Duster is manufactured or assembled in a variety of plants. Most of these come with Renault badges. The factories in question are in Romania, Brazil, Colombia, India, Russia and Indonesia. These should also produce the successor model which Iran may not get.

HJD, the next Duster, should have its world premiere at the Geneva motor show in March. Production in Europe should then commence six months later, with production at other plants to follow.

Renault has made no announcements whether the HJD, or the present Dacia will be the version to enter production in Iran, but following the pattern of other models released in the market, the Islamic Republic may receive the older variant.

Last October, Peyman Kargar, the Renault chief in Iran said the company would produce its hugely popular model, Kwid, in Iran priced at about 310 million rials ($9,200). Kargar noted that no final decision has been made and confirmed earlier reports that the model would be produced in collaboration with Iran Khodro.

He did not say when they would be marketed in Iran. Kargar added that if negotiations between the two automotive giants fail, Renault might hand the production of the model to its local subsidiary.

Meanwhile there have been rumors that the Renault Kwid might be exported to Europe and sold as a Dacia.

India has been suggested as the place of build. Renault refused comment on these suggestions but this little crossover would need a lot of re-engineering to make it compliant with the European Commission’s collision protection norms.