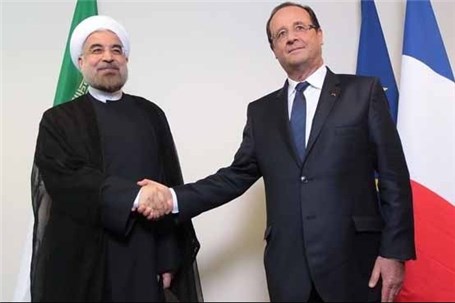 Reporting "Asre Khodro", "Important contracts will probably be signed on this trip including with Peugeot and Renault," Rouhani told reporters at Mehrabad Airport before leaving Tehran, according to state television's website.

The Monday-Wednesday tour takes place just over a week after the nuclear deal came into force, allowing the United States and the European Union to lift economic sanctions in exchange for Tehran curbing its nuclear activities.

A large delegation of 100 political and economic leaders, including the ministers of oil, transport, industry and health will accompany the president.

"We need to modernise our aviation fleet and buy locomotives," the Iranian president said.

"This trip takes place ... at a historic moment" and "we should make best use of the post-nuclear- deal atmosphere for growth, development and youth employment," Rouhani added.

After meeting with Pope Francis at the Vatican, he will be in France on Wednesday to meet President Francois Hollande.

On the European tour, Iran is to "review and agree on two important documents" that will act as "roadmaps" for mid- and long-term relations with Italy and France, Rouhani said.