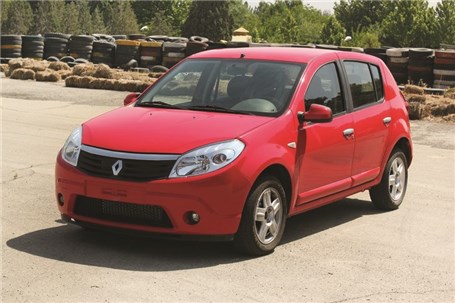 Repirtong "Asre Khodro", The car is being produced by the Iranian carmaker and will feature both manual and automatic transmission models, Iran’s IRIB reported on September 22.

“Despite all the problems as a result of the sanctions, we managed to design and manufacture Sandero in two years,” said Mehdi Jamali, managing director of Iranian carmaker Saipa.

Renault Pars is an Iranian joint venture established in 2004 and owned by Renault and Industrial Development and Renovation Organization of Iran. The company is in charge of managing the assembly of completely knocked down Renault cars by local manufacturers Iran Khodro, Saipa and Pars Khodro.

The race has tightened for foreign automakers to access Iran’s auto market. European manufacturers, which were forced to leave the Iranian market under international sanctions, are now striving to regain a share in Iran’s vast car market.

Representatives from the French automobile industry were also attempting to restore their previous share of the Iranian auto market.