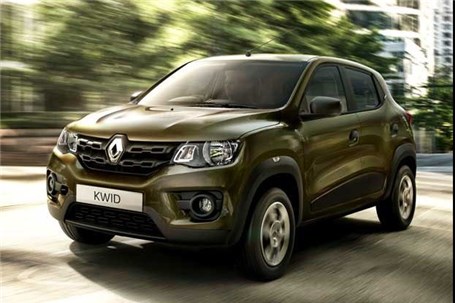 IDRO, Renault Deal in the Offing

Asre Khodro- The Industrial Development & Renovation Organization of Iran (IDRO) and French automaker Renault are to sign a production contract in two weeks according to the state-owned company’s chief executive officer.

Reporting "Asre khodro"Mansour Moazzami, head of IDRO, announced the development on the  website of the industrial juggernaut during the annual holiday season that marks Norouz, the Persian new year.

The Renault deal comes amid increasing interest by foreign automakers including the firm’s biggest competitor PSA Group (Peugeot Citroen) which started production of new vehicles in Iran in recent weeks.

The first car co-produced by IDRO and the French automaker will be available later this year, however no exact date has yet been announced for the release of future Renault vehicles.

Moazzami earlier said Renault’s Symbol, Duster and Kwid models will be produced in Iran. “Manufacturing inexpensive cars is one of IDRO’s goals in partnership with Renault,” he has been quoted as saying.

Kwid is likely to be the first vehicle to be produced as part of the joint venture, with the price believed to be less than 300 million rials according to previous reports.

The two sides had signed a memorandum of understanding in September 2016 to jointly produce 150,000 cars per year in Iran.

It was previously reported that Saveh town, south of Tehran, would be the production center for the Kwid.

Renault used to sell 10,000 cars in the Iranian market every month until 2013 when sanctions were imposed on the Islamic Republic.

Later figures for the years during sanctions showed that Renault sold only 3,000 vehicles a month in Iran.