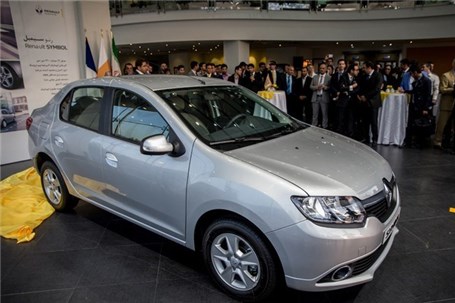 “Symbol will fill the gap of European economic sedan in Iran market”, Jamshid Hosseini, president of Negin Khodro said in the ceremony.

“Renault Symbol launched 2013 and now competes with Toyota Yaris Sedan, Honda City and Hyundai Accent in Persian Gulf countries. Symbol offers high level of options with lower price than competitors and welcomed by buyers in the countries”, he added.

The price is not finalized yet but Symbol will launched to the market with 700 million IRR (21.000 USD with current exchange rate), a source in Negin Khodro said. First Symbol will be delivered to customers in next 3 months, the source said but pre-order will be open next week.