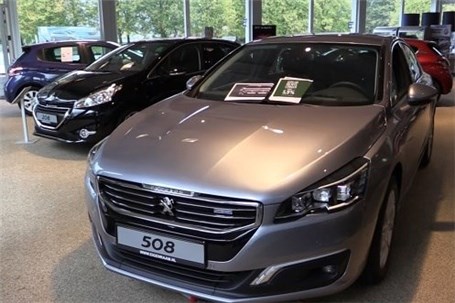 Asre Khodro - The joint venture between France's Peugeot and Iran Khodro, IKAP, has announced that the presale of Peugeot 508 will commence in the next few weeks, but failed to give a price.

Reporting "Asre Khodro", The car will be sold first under its sports variant called the GT line, which claims to offer a better level of comfort and sportier features, according to local auto blog Asbe Bokhar.

It has been reported that the company is not initially making the car in Iran, but will import it from its assembly plants in China, Malaysia or France.

Although the company has not announced the price, with 100% tariff levied on the vehicle, it could cost up to 3 billion rials ($80,000) in the local market.

The first version of the 508 was unveiled at the 2010 Paris Auto Show; the latest version does away with the increasing numerical nomenclature which is now fixed with 8 at the end.

The 508 is a family sedan that replaced both the medium-sized 407 and larger 607, and can compete with models such as the Hyundai Sonata and Toyota Camry and Kia Optima, which can be seen on Iranian roads.

According to the catalogue published by the 50-50 joint venture, the French car comes with a 1.6-litre, 163 horsepower, four-cylinder Turbo engine and the output is managed by a six-speed automatic transmission.